The group alleged that up till 2016, the Aarey colony was part of an eco-sensitive zone | File

On Friday, the Aarey Conservation Group released documents that it claimed showed that the Metro 3 car shed project was a 'Rs 60,000 crore scam', and asserted that the area had always been a forest, contrary to government claims.

The group alleged that up till 2016, the Aarey colony was part of an eco-sensitive zone (ESZ), which was denotified to allow construction activity, and almost 250 acres more land than required for the Metro project were claimed at both Aarey and Kanjurmarg to benefit builders.

Aarey is a forested patch in the city and a catchment area of the Mithi river that flows through the city of Mumbai.

Protesters claimed that the metro car shed issue is being dragged following a political vendetta even though an alternative plan was ready by the Uddhav Thackeray-led Maha Vikas Aaghadi (MVA). The protest also saw participation from some members of tribal settlements inside the forest.

Notably, Shiv Sena MLA Aaditya Thackeray has also heavily been involved in the protests against the project.

The National Commission for Protection of Child Rights, in a notice issued on Monday, asked the Commissioner of Police (Mumbai) to lodge an FIR against Yuva Sena chief Aaditya Thackeray and others for the alleged presence of minor children at the Save Aarey protest on July 10 against the new state government’s decision to develop a Metro car shed at in Aarey colony.

The notice has been served based on a complaint received on Twitter by Dhrutiman Joshi, the legal head of Sahyadri Rights Forum. The commission said that the link tagged in the complaint shows children holding placards. 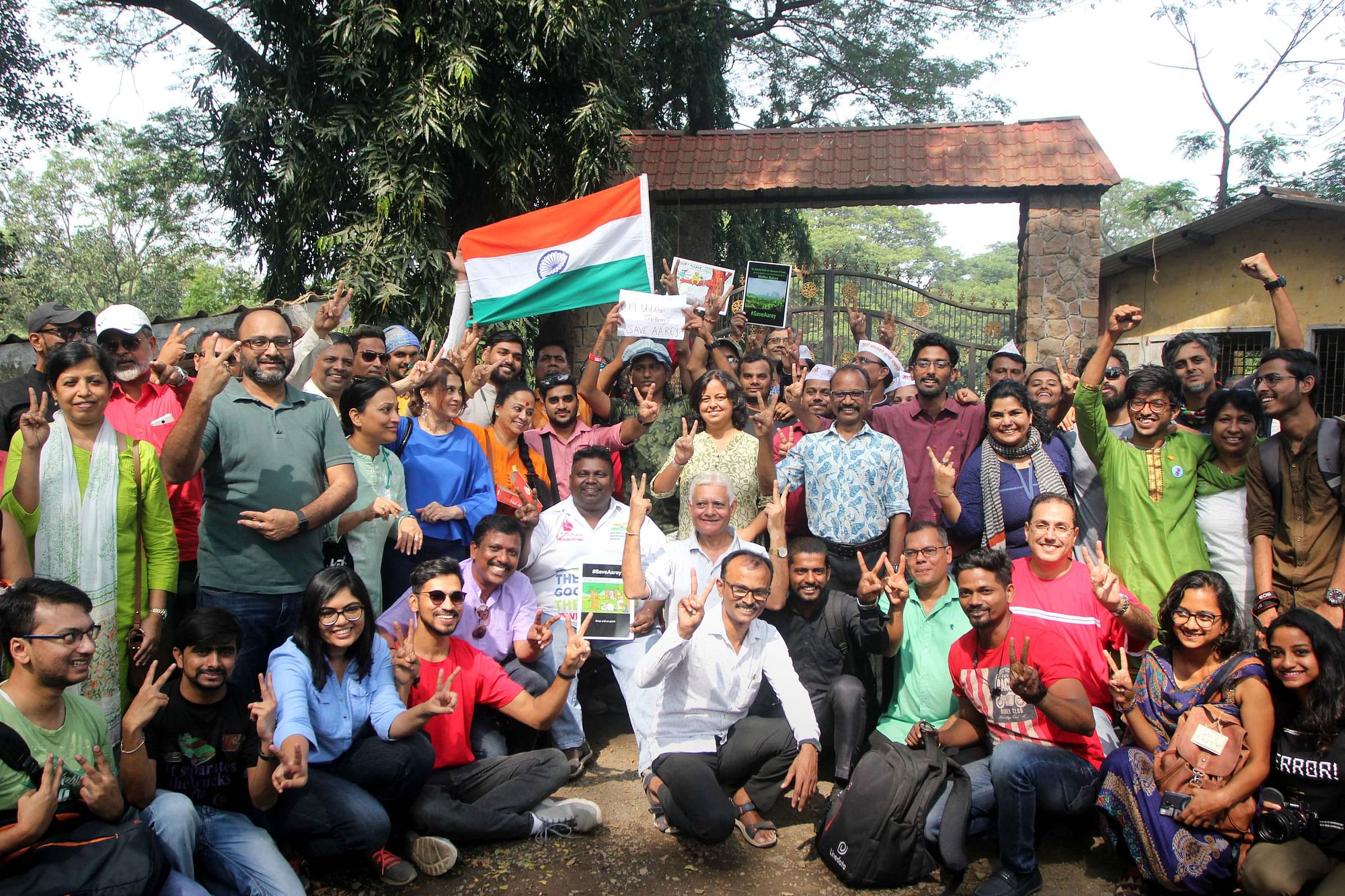