HomeMumbaiMumbai: 66-year-old man with over 19 criminal cases held after 25 years

Mumbai: 66-year-old man with over 19 criminal cases held after 25 years

In 1998, when Dholakia was 44 years old, a case was registered against him at RAK Marg police for forgery and cheating.

Mumbai: 66-year-old man with over 19 criminal cases held after 25 years | PTI
Follow us on

Mumbai: After successfully hiding for over 25 years with a fictitious name and identity, a 66-year-old ‘absconding’ man, referred to as a ‘white-collar’ criminal by the police, was held for allegedly forging bank checks and defrauding people.

The accused is identified as Janak Dholakia, who, according to the RAK Marg police, has over 19 criminal cases registered against him in Mumbai, Pune, Gujarat, and Nanded starting from the year 1985.

In the year 1998, when Dholakia was 44 years old, a case was registered against him at RAK Marg police for forgery and cheating. The complainant in the case was one K.S Pillai, who owned a company that was based in the Dadar area. As per his statement, Dholakia had issued a bogus check to him as payment when he brought a camera worth Rs. 50,000. He used a fake name, kept on promising money via check, and ordered 40 more cameras from the victim. After all the checks from the accused bounced off the bank, the victim realized he was defrauded and lodged a complaint against Dholakia. After being arrested by the police, he got out on bail and whenever he was summoned by the court, Dholakia never showed up, and eventually got the tag of ‘absconding’ from the court.

Police tracks down the accused

A week before New Year’s Eve, Mumbai Police began ‘operation all out’ where police stations were told to nab all of the absconding accused – which is when RAK Marg police reopened the case and initiated an investigation. A team of seven officials – PI Narayan Kadam, PI Suresh Kadgal, PI Ravindra Sable,  PI Balasaheb Dalvi, PI Vidya Yadav, PI Sushant Bunkar began the work – which was led by Mahesh Lamkhede, assistant police inspector.

Going by his criminal history, past pieces of evidence, and using the informants – the police started looking out for the accused. The police found that there were 19 cases that were registered against him at police stations in Mumbai – including Bandra, Khar, Colaba, Andheri, Dharavi, and Mulund – where he was declared a fugitive. Three cases are in Gujarat, while five are in Pune, and two are in the Nanded district.

There were 19 accomplices found from the past cases, who were traced and interrogated by the police to reach the accused.

The police, through leads, tracked down Dholakia’s residential address which was found in the Nalasopara area of Palghar – from where he was arrested on Saturday. He will be presented in court on Sunday. 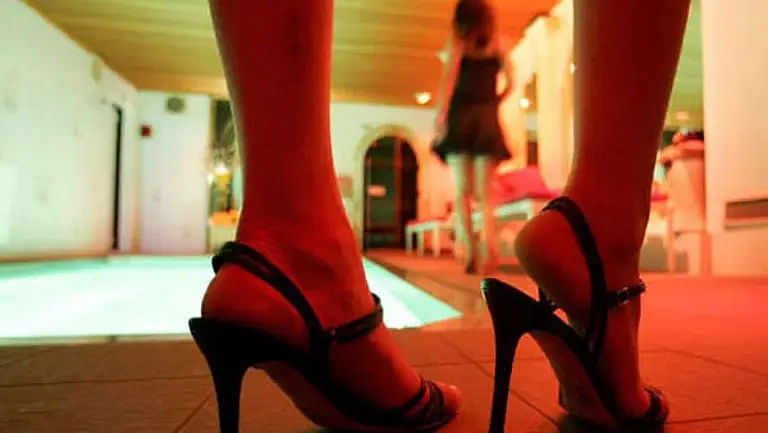