According to the police, it is learned that the deceased Wasim urinated at a particular spot, which was opposed by the accused
Faisal Tandel 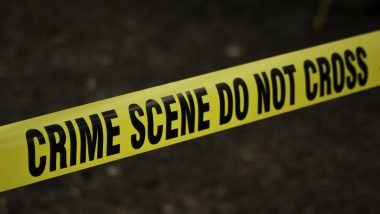 The Tilak Nagar police in Mumbai have arrested two people for allegedly killing a 32-year-old man by stabbing him with a sharp knife. The police said the fight took place after an argument over not urinating at a particular spot.

The police said the deceased is identified as Wasim Abbas Mukri (32), a resident of the Ramabai colony in Chembur west Mumbai. The incident took place on Friday near his residence at 11:30 pm. The complainant Affan Thakur 23, who tried to intervene was also assaulted by the accused.

According to the police, it was learned that the deceased Wasim urinated at a particular spot, which was opposed by the accused. After an argument, the accused stabbed him with a knife on his chest and body. Wasim was taken to a civic hospital, where he was declared dead.

Sunil Kale, senior police inspector, Tilak Nagar police station confirmed the murder and said both the accused were arrested. The Tilak Nagar police have registered a case under sections 302, 307, 504, 506, and 34 of the Indian penal code and sections of the Maharashtra police act.