The church has provided to the police the footage of the incident that was captured on CCTV cameras.

Mumbai: Nearly 18 crosses and other structures were vandalised at the cemetery of St. Michael's Church, Mahim, on Saturday morning.

“The incident happened around 5 am. The watchman noticed this later. There was Mass in the morning so I came to know of the incident around 8.30 am. Soon the police were informed,” said Fr. Lancy Pinto, parish priest of St Michael's Church, which is nearly 400 years old. The cemetery behind the church was also established around the same time.

The church has provided to the police the footage of the incident that was captured on CCTV cameras.

Man behind incident first prayed in the church

"I have not seen the footage but the person does not seem to have used any implement to vandalise the cemetery and seems to have done thus by kicking and pushing. I do not know where he got the strength. He was even seen in the CCTV footage kneeling in the church and praying after the vandalism," said Fr. Pinto.

Church members said that the watchman was patrolling the premises and thus no one was near the spot when the vandalism took place.

"It is very very hurtful. The police should try to ascertain the motive behind this incident. We urge the authorities to keep our church and cemeteries safe. We hope something like this does not happen again," said Dolphy D'Souza, president of Bombay Catholic Sabha.

There is a clear case of "intelligence failure" as this is not the first time that crosses were vandalised, said advocate Godfrey Pimenta of the Watchdog Foundation. "We see a definite plan. Yesterday we had a meeting about the Bandra Cemetery and discuss measures that can be taken to save it. There is an effort to divide the community on political lines. It is really a sorry state of affairs. We hope the police will resolve the issue soon," said Mr Pimenta, who has written to authorities on the issue.

“The suspect who has allegedly broken the crosses was roaming in the area for sometime after the incident and the security guard was thus able to catch and question him. The church has provided us with the CCTV footage and we have registered a case under various sections including section 447 (punishment for criminal trespass). Investigation is underway regarding the motive behind the crime and if there are other people involved,” said Deputy Commissioner of Police (DCP) Zone 5 Manoj Patil. 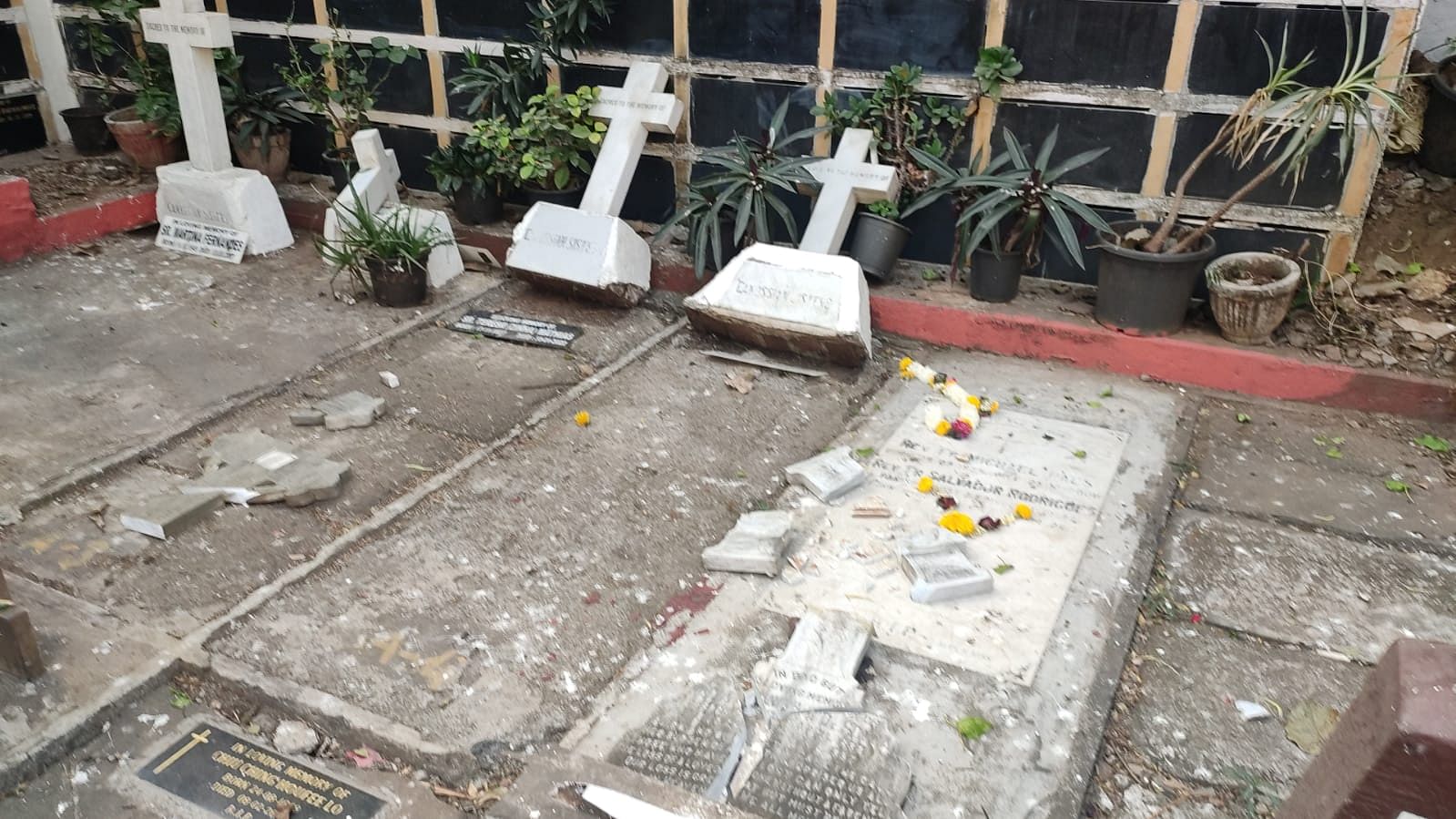 Mumbai: Software engineer thanks police for recovering his missing laptop worth ₹1.5 lakh