On May 31, local residents woke up to a strange toxic stench enveloped their locality at around 3 am. Within hours many started complaining of chest pain and breathlessness.
Dipti Singh 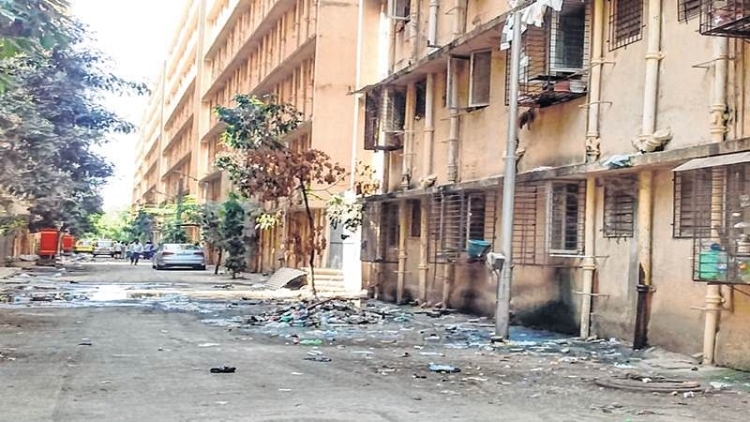 Following four days ordeal of residents of Mahul, an area declared ‘unfit for human habitation’ by the National Green Tribunal in 2015, Maharashtra Pollution Control Board (MPCB) officials visited the area on Friday. The MPCB set up night vigilance to investigate the toxic stench that the residents have been complaining about since June 1.

On May 31, local residents woke up to a strange toxic stench enveloped their locality at around 3 am. Within hours many started complaining of chest pain and breathlessness.

Some of the local residents then contacted the local police station and the next morning reported the matter to MPCB and wrote to Chief Minister Uddhav Thackeray via an email.

"After a follow up for three days continuously, MPCB officials visited the area. However, nothing much came out of the visit. We need concrete measures from the government to help us. Chemical pollution is deteriorating the health of residents, especially the senior citizens," said Sanjay Rathod, local residents.

The residents had first sent an e-mail to the CM's office and to MPCB on June 1, 2020 and had also marked the copy of the email to environment secretary Anil Diggikar.

The resident in his letter to the CMO stated: "Till date, Mahul Koliwada has detected around 23 positive coronavirus patients and has seen more than four deaths due to Covid 19. There are many who have been quarantined in the Mahul village itself. And the pollution could have a severe impact on these victims as well as other residents." The letter further sought to immediately restrict the operations of companies nearby thus stopping the chemical pollution in the village.

"This seems like a toxic chemical leakage, causing air pollution and thus critically affecting the health of residents. The authorities just don’t care for the lives of the poor. We have got so many orders from the High Court directing them to shift us out because we are falling sick. And now this foul, acidic smell is deteriorating our health even more. Many residents have complained of chest pain and other health issues.Sadly there has been no response from the authorities so far," said Narayan Mahulkar another Mahul resident.

The residents have demanded that a team from MPCB must investigate the matter at the earliest and provide them with the field visit and action-taken reports.

"Our officials visited the area on Friday, however, nothing concrete was found there during the day. Hence starting Friday we have set up night vigilance and we have already started the investigation in this matter. Besides this, we are continuously monitoring the air quality in the area from time to time," said Pundalik Mirashe, Assistant Secretary, MPCB.