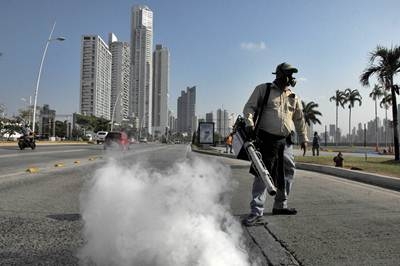 Nearly 10,000 cases and 22 dengue deaths have been reported till now, a significant jump from 3,356 cases and ten deaths last year. |

Owing to the sudden surge in the number of monsoon ailment cases across Maharashtra, the state health minister Rajesh Tope has directed all the district health officers to conduct a survey and intensify home-to-home surveys.
The order also notified the health officers to strictly follow monsoon preparedness activities and increase awareness in each district through the Information and Education Cell (IEC).
Tope said all the districts have been ordered to survey their areas with the most number of chikungunya, dengue and malaria cases. Moreover, the neighbourhoods with the highest cases need to be monitored closely, and measures need to be taken to curb related diseases. “We have asked for the thorough monsoon report from each district and cause for the surge,” said Tope.
Maharashtra reported 2,006 confirmed cases of chikungunya fever from January to October this year, the highest since 2017, when 1,438 cases were reported. In 2018 and 2019, 1,009 and 1,646 cases, respectively, were detected in the state. In the pandemic year of 2020, chikungunya saw a massive drop to 782 cases.
Senior health officer from the state health department attributed this year’s surge to the intermittent rainfall combined with favourable climatic conditions and improved reporting.
The infection is transmitted by the Aedes aegypti mosquito that is also responsible for the spread of dengue. On the other hand, dengue cases have also increased this year. Nearly 10,000 cases and 22 dengue deaths have been reported till now, a significant jump from 3,356 cases and ten deaths last year.
Pune district has the highest count of officially confirmed cases (354), with the corporation registering 215 cases. Nashik rural and corporation put together reported 905 cases. Among other districts, Satara reported 73 cases, Kolhapur 148, Beed 38 and Amravati 29.
State surveillance officer, Dr Pradip Awate, said every year, they start monsoon preparedness and conduct two surveys which include entomological and fever surveillance. “Our field officers who are aware of the demography of their assigned areas visit home to home where they conduct fever surveillance and check mosquito breeding grounds. For vector-borne diseases, we follow this process,” he said.
A Fortis Network Hospital said they have been treating a steady stream of patients with fever, rashes, headache, and nausea complaints. “The patients come with very high fever and severe joint pain due to which they are not able to move. Moreover, most of the symptoms of chikungunya are similar to Covid-19 and Dengue. Meanwhile, there is a spike this year compared to the previous two years,” said Director Internal Medicine, Hiranandani Hospital (Vashi), Dr Farah Ingale.