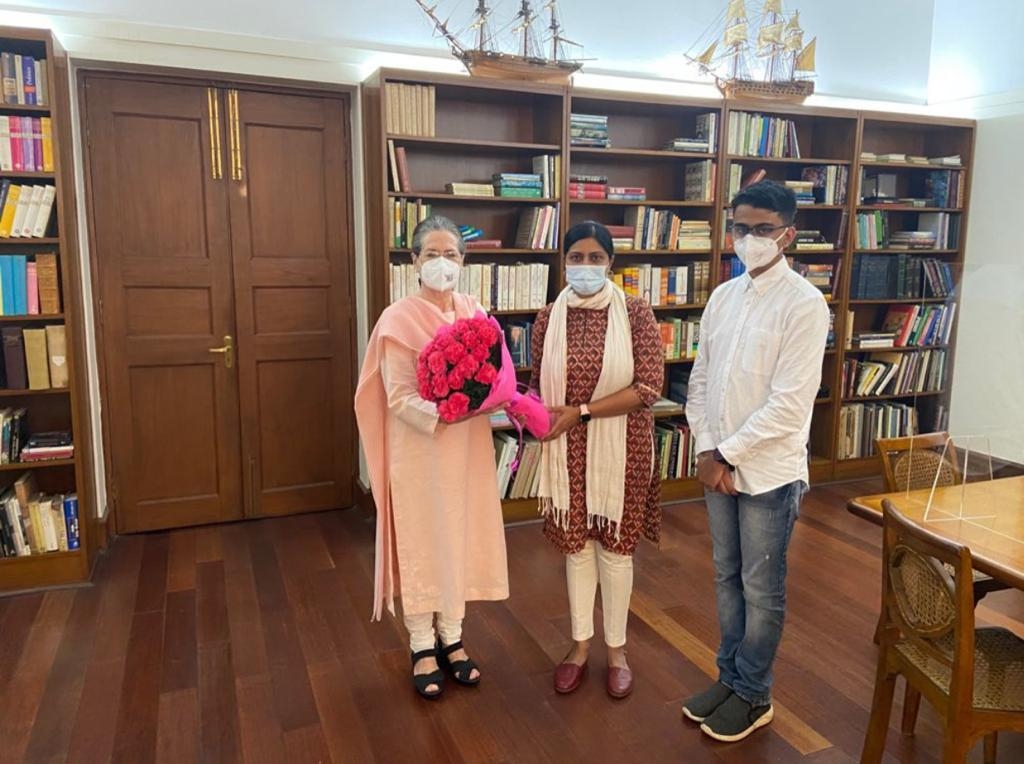 The bypoll is being held due to the death of Congress leader Rajeev Satav.

Pradnya, was recently appointed as the vice president of the Maharashtra Pradesh Congress Committee. She is active in the Hingoli district politics.

Earlier, her name was in news for the byelection to the Rajya Sabha from the same seat which had fallen vacant due to Satav’s death.

Satav (46), considered as a close associate of Congress leader Rahul Gandhi, died at a hospital in Pune in May, days after recovering from the coronavirus infection. The late Rajya Sabha member's family members bid him an emotional farewell as his mortal remains were consigned to flames at his native place.