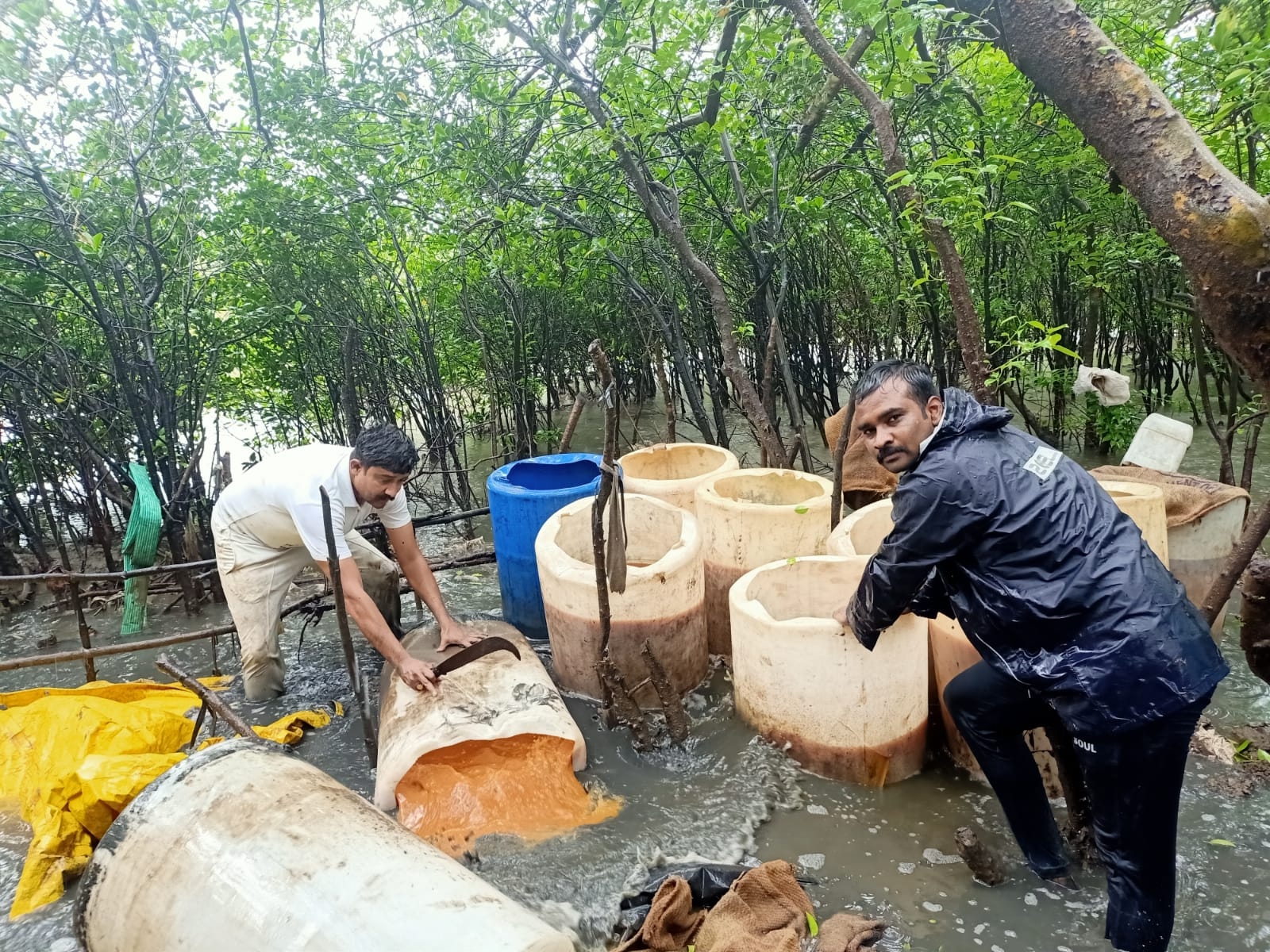 Despite a series of raids, isolated zones running deep into mangrove forests and marshy land in and around the rural and coastal villages of Uttan near Bhayandar continue to be the favourite destinations for illicit liquor brewers.

Three days after their police counterparts busted an illicit liquor brewing unit (haath-bhatti) in Murdha village near Bhayandar, officials from the excise department of Thane district raided a similar den that was operating amidst dense thickets of mangroves near the creek shores of Khobra village on Saturday.

Acting on a tip-off, a team led by excise inspectors R.M.Kolthe and Mahesh Gaikwad under the supervision of Senior Excise Inspector Vijaykumar Thorat conducted the raid. The excise personnel had to paddle their way on a boat to unearth the brewing unit.

The team seized multiple barrels containing 4,300 liters of ingredients including fermented jaggery wash and chemicals worth more than Rs. 86,000. This is apart from other manufacturing equipment from the place. However, as usual nobody was arrested as the miscreants operating the den had escaped even before the excise personnel could reach the spot.

While all the material and equipment was destructed by the team comprising excise personnel Chavhan, Nagre and Patil, a case under the relevant sections of the Bombay Prohibition Act has been registered against the absconding bootleggers who were not only playing with lives by brewing toxic intoxicants but also destroying the fragile ecosystem.

“We are contemplating action under the Maharashtra Prevention of Dangerous Activities (MPDA) Act against the offender who has been identified,” said an excise officer. Although several liquor-related incidents involving a staggering number of casualties’ deaths are being reported from various parts of the country, the liquor mafia here continues to play hide and seek with the law enforcing agencies. Mumbai: Mini marathon held from from Nariman Point to Colaba to mark 50th-anniversary of...