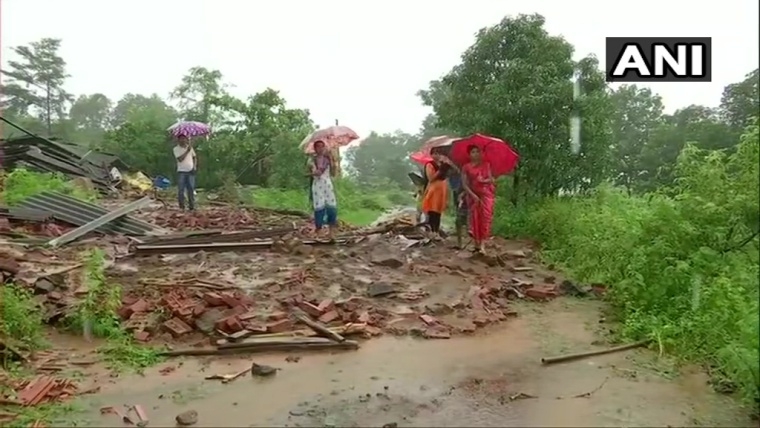 Taliye village in Raigad district of Maharashtra was not identified as a landslide-prone area but the tragedy occurred due to excessive rains, Deputy Chief Minister Ajit Pawar said on Saturday. Prima facie, at least 37 people lost their lives due to the landslide in the Taliye village on Thursday evening, according to officials.

Speaking to reporters, Pawar also said 90,000 people were evacuated to safety so far from nine districts in Maharashtra hit by heavy rains.

Parts of Raigad, Ratnagiri districts in the coastal Konkan region and Kolhapur district in western Maharashtra, have been worst affected by the floods. Besides that, heavy rains have been pounding parts of the Satara district. At least 76 people died and 38 others injured in rain-related incidents, largely landslides and floods, in parts of Maharashtra, the state government said on Saturday.

Speaking about the Taliye village landslide, Pawar said it was not a landslide-prone area but the excessive rain caused the incident.

"Maharashtra has marked various areas which are landslide-prone and accordingly alerts are issued and other precautionary measures are taken. But Taliye wasn't a landslide-prone area. Considering the red alert people from some of the areas of villages were warned while some were shifted already. However, an unfortunate incident took place," said Pawar, who is guardian minister of Pune district.

He said 23 areas in the Pune district are landslide-prone including five areas in Ambegaon, two in Maval, two in Khed, three in Bhor, besides one area each in Mulshi, Junnar, and Velha. "In these areas also many people have lost their lives. A total of 76 people have lost their life due to heavy rains till Saturday morning (in Maharashtra). These include 47 in Raigad, six in Satara, four in Mumbai and nearby areas, one in Pune, 11 in Ratnagiri, five in Kolhapur, and two in Sindhudurg. 53 people are missing in Raigad, four in Satara and two in Thane till Saturday morning," Pawar added.

Pawar said the state government had already announced an ex-gratia of Rs 5 lakh each to the kin of the victims killed in floods and landslides while the Central government has announced Rs 2 lakh each.

"As many as 90,000 people have been relocated from the affected areas (in nine districts) and the flood-prone areas. 21 teams of NDRF have been working along with 14 teams of the Army, the Coast Guard and others. Four teams of the SDRF have also joined the operations," he said.

Pawar said the government has decided to distribute ration kits in these affected areas. "Usually a ration kit includes wheat, rice, pulses, and kerosene. But considering the restrictions to get wheat flour in this scenario, the government has decided to give rice, pulses, and kerosene in ration kits, which will help people prepare khichdi as a meal. Along with this, we are appealing social organisations to come forward to run Shivbhojan thali centres in the affected areas," Pawar added.

The deputy CM also said the Maharashtra government is coordinating with its Karnataka counterpart to ensure flood relief for the people (in Kolhapur district) by releasing water (from Almatti dam). Pawar said people from the 23 landslide-prone areas in Pune district are demanding relocation in view of the current incidents.

"Many people are seeking their permanent relocation on the lines of the Malin village in Ambegaon tehsil but many people are also opposing. The government is very positive about relocating such villages and localities that fall under landslide-prone areas. We are ready for it," Pawar added.

Located in the foothills of the Sahyadri mountain range, Malin village housing nearly 50 families had disappeared within a minute in the landslide in July 2014. The village was rehabilitated two km away from its original location in 2017 and is spread over on 8-acre land in Amde village. 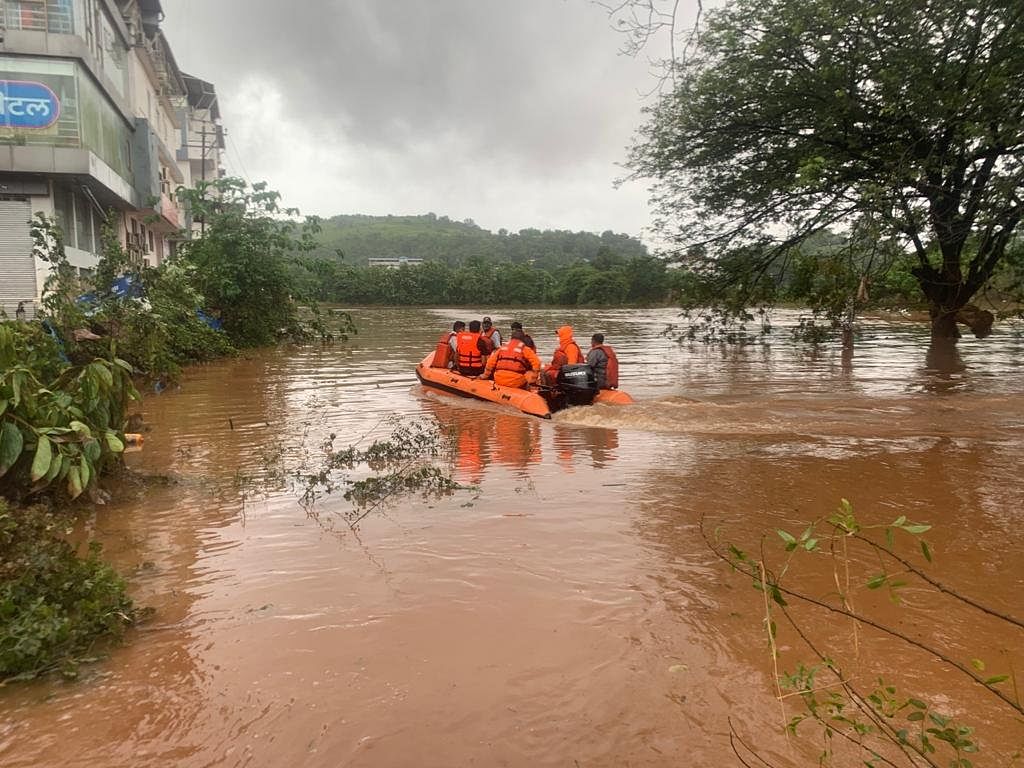