"Such battles are fought either through law or on the roads. If need be then our workers would come on the roads," Raut told the media, echoing his previous threat from Thursday

On Thursday, Raut, responding to a particular query about whether or not Uddhav Thackeray will stay the chief minister, had stated, “Let all the MLAs come to the floor of the House. We will see then. These MLAs who have left… they will find it difficult to return and move around in Maharashtra.”

The Sena immediately walked back his statements, although that appears to have been a futile effort now.

In his tweet about Raut’s statement, Jethmalani termed it “a sinister threat from a man who has become a law unto himself in the state of Maharashtra."

He added that there was a need for it to be “strongly condemned by every right minded legislator in the country”, particularly by Uddhav Thackeray and NCP chief Shard Pawar.

Raut admits he doesn't have the numbers

Additionally, Raut on Friday admitted that the party's numbers in the Maharashtra Legislative Assembly have dwindled, but expressed confidence that the rebel MLAs will support the Maha Vikas Aghadi (MVA) combine during the floor test, saying that "figures can change any time".

He said the rebel MLAs will face the real test of their loyalty towards the party when they return to Mumbai.

Shinde is currently camping with 37 rebel MLAs of the Sena and nine independents in a Guwahati hotel.

Talking to reporters, Raut, who is Sena's chief spokesperson, admitted that his party's numbers in the Assembly have gone down due to the revolt.

"The rebel group claims to have the required figures and democracy runs on numbers. But figures can change anytime. When the rebels return, it will be a test of their loyalty towards Balasaheb Thackeray and the Shiv Sena," he said. 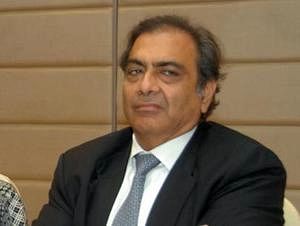