The 34 Shiv Sena MLAs, who arepart of thebreakawayfaction and housed in a hotel at Guwahati in BJP-ruled Assam, passed a resolution appointing Eknath Shinde as the leader of the Shiv Sena Legislature party.

In the resolution,they said that “there is enormous discontent amongst the cadre of the party especially after Shiv Sena for forming the government with NCP and Congress who are ideologically opposed to our party”.

“Bharat Gogawale has been appointed as the chief whip of Shiv Sena Legislative Party,” said the resolution. “So, the order issued bySunilPrabhu, regarding the Legislative Party meeting this evening is illegal,” tweeted Shinde. Late on Wednesday evening, water supply minister Gulabrao Patil along with three legislators Manjula Gavit and Chandrakant Patil (independents) and Yogesh Kadam, who is son of a veteran Shiv Sena leader Ramdas Kadam, met Shinde and joined him.

Shinde’s move came after Shiv Sena issued a warning to its MLAs to attend a meeting at Uddhav Thackeray's official residence Varsha at 5 pm on Wednesday amid the political crisis that has rocked the state. “If you don’t attend the meeting it will be considered that you want to leave the party membership and as a result there will be action of disqualification initiated against you as per the provisions of law,” the letter issued by chief whip Sunil Prabhu stated.

Meanwhile, Shinde said, “We have over 46 MLAs with us. There are other MLAs including Shiv Sena. This number is set to increase. We don't have any conditions,” he said. Explaining the allegation of MLA Nitin Deshmukh of exercising force leading to his hospitalisation, Shinde said that it is a false allegation. “If we had used force, would our people have gone to release him?” he asked.

“Hindutva is important for us. The MLAs with me are loyal to Hindutva and will never compromise with Hindutva to get power,” said Shinde. He noted, “We have more numbers than we need.” We have not left Shiv Sena and will not leave Shinde said that the legislators at Guwahati are marching ahead on the thoughts of Hindutva taught by Balasaheb Thackeray and Anand Dighe.

“We are all Balasaheb’s staunch Shiv Sainiks. We have not left the Shiv Sena,we will no 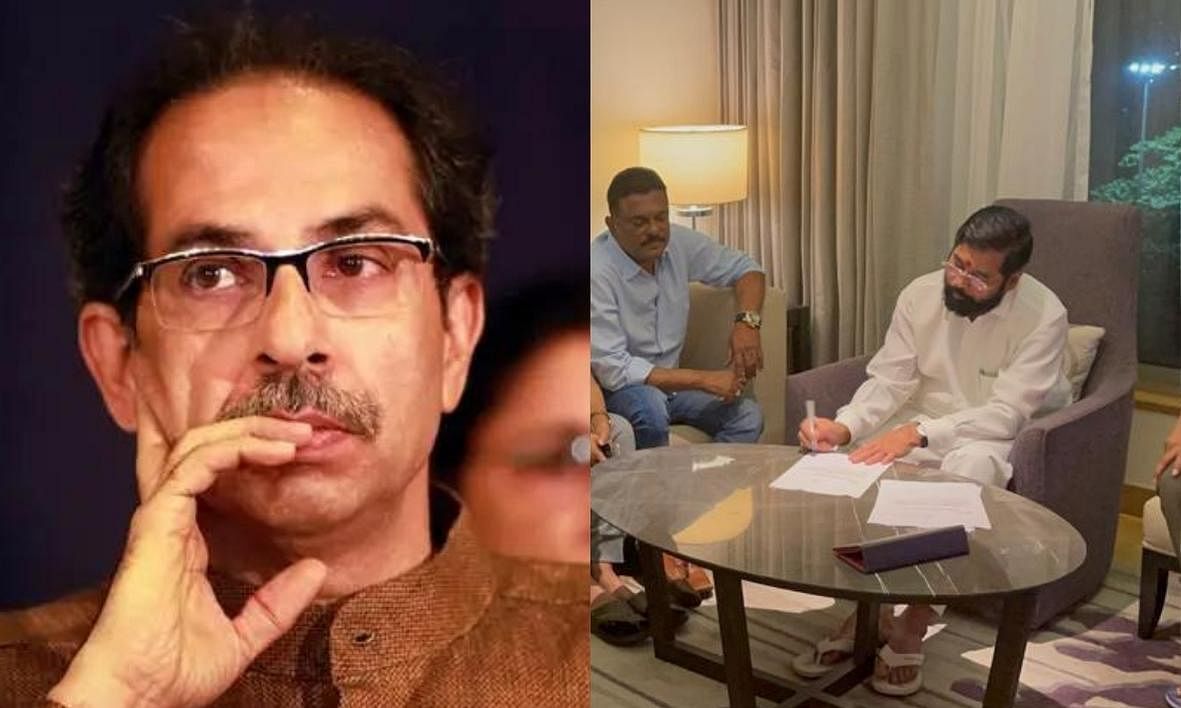