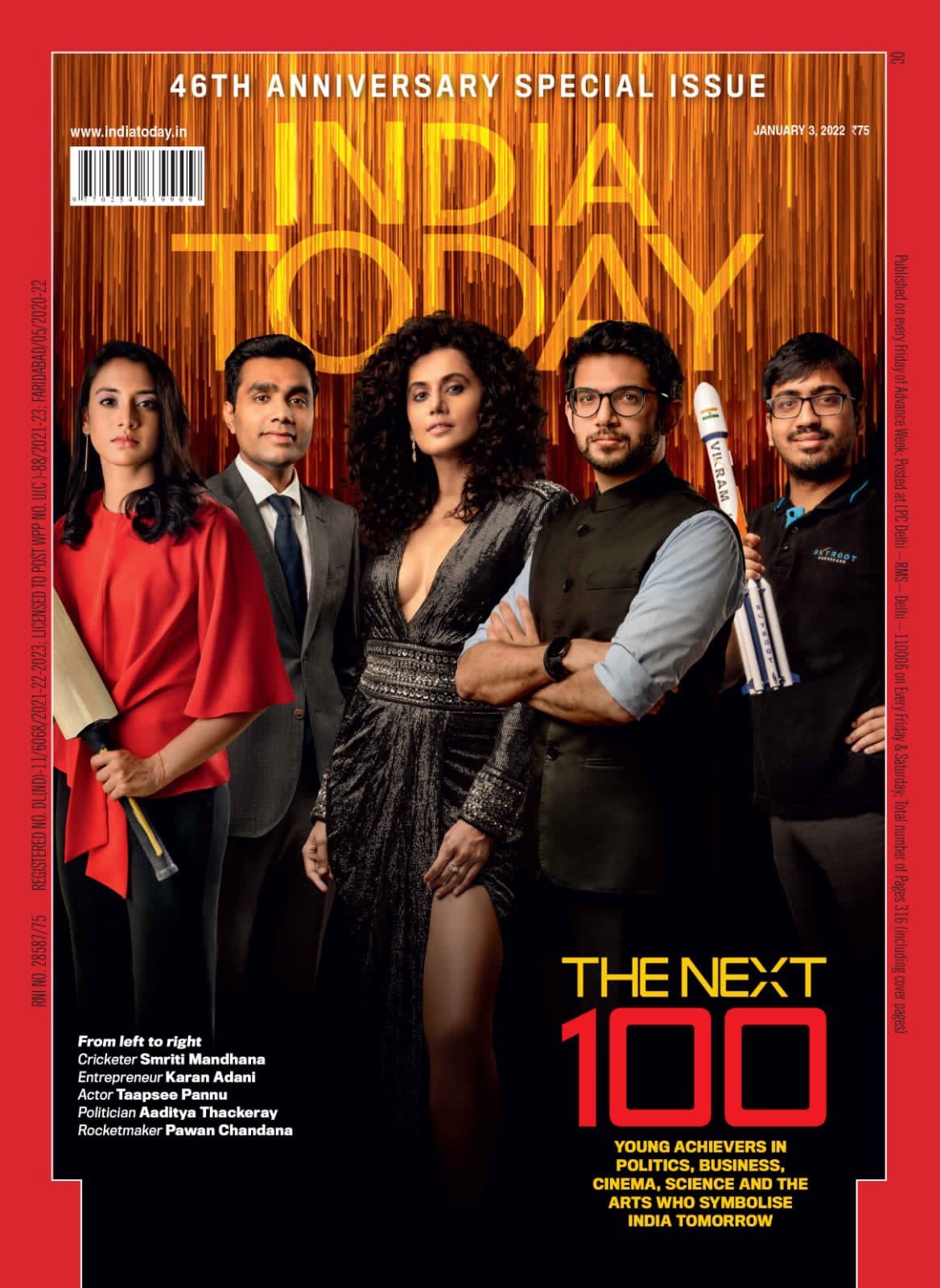 Mumbai: India today released its cover of 'The Next 100 young achievers in politics, business, cinema, science and arts who symbolises India Tomorrow'.

The minister has been working on climate change and environmental restoration. Recently, Thackeray said the focus is laid on reduction in GHG emissions, increase in carbon sequestration through carbon sinks and pursue the lifestyle Mantra of 5Rs comprising reduce, refuse, reuse, recycle and recover.

Climate change, however, is not the only thing close to his heart. And no, we are not talking about his love of words—Aaditya is a published poet and has also cut his own album, for which he wrote all its eight songs.

Thackeray Jr is also brimming with ideas for tourism in his state. For one, he has cut down the number of permissions required to set up a hotel from 70 to 10. His emphasis on promoting agro tourism, adventure tourism, caravans and branding tourist destinations have seen massive infrastructure development across the state. Next on his agenda are the 400 forts, beaches and wildlife in the state.

Meanwhile, Actress Taapsee Pannu is all set to treat her fans with her upcoming psychological thriller, 'Blurr'. With this film, she is also be going to make a debut as a producer. She had been shooting for the film non-stop and wrapped her schedule of the film a while back. Mumbai: Aaditya Thackeray bats for implementation of climate action plan with participation of...