Noting that the SC on Wednesday allowed the Madhya Pradesh government to hold local body polls with the OBC quota, Pawar said the Maharashtra government has also started taking steps to see if such a decision can be applicable to Maharashtra as well

Deputy Chief Minister Ajit Pawar downplayed the BJP’s allegation that the MVA government had ‘murdered’ the OBC reservation in Maharashtra, saying on Thursday that the report of a dedicated commission on the empirical data for OBCs would be submitted to the government in June and that would be immediately handed over to the Supreme Court. He hoped that the apex court would accept it and allow the holding of civic and local body polls with OBC quota, just as it had done in the case of Madhya Pradesh.

“The state government will approach the Supreme Court once the commission formed to collect empirical data for the OBC quota submits its report in June. The Maharashtra government has also started taking steps to see if the Supreme Court ruling allowing Madhya Pradesh to hold local body polls with the OBC reservation can be applicable to Maharashtra as well,” said Pawar. “It is the opposition’s job to criticise the government but let me tell you, the state government is working seriously to take all the necessary steps to restore the OBC quota in the civic and local bodies in Maharashtra,” he noted.

Pawar said the state government would make efforts till the last moment and deploy leading lawyers to see that the OBCs got representation in the coming civic and local body polls in the state. “The commission headed by former Chief Secretary Jayant Banthia to collate empirical data on the OBCs is at work. When it submits its report in June, we will present our side before the court,” he added.

Pawar clarified that the state government would ensure while providing political reservation to OBCs that the total reservation remains within the 50 per cent quota ceiling. “We have started working in that direction. We have spoken to the officials concerned. They also seemed positive,” the deputy CM said.

He recalled that the ruling and opposition parties had unanimously passed bills whereby the State Election Commission (SEC) would now decide the poll schedule for local and civic body elections, in consultation with the state government. He said that Governor B S Koshyari had signed these bills.

Meanwhile, Maharashtra Pradesh Congress Committee General Secretary Sachin Sawant said the state government should study the Madhya Pradesh Backward Class Commission's final report on the basis of which local body polls were allowed there with OBC quota, and that it could serve as a ‘guide’ for the state.

“This divine report should be sought and studied, as it will be a guide for Maharashtra,” Sawant tweeted.

He said the Madhya Pradesh Backward Class Commission had been set up by the (previous) Kamal Nath government, hence the present Madhya Pradesh CM, Shivraj Singh Chouhan, set up a separate three-member commission.

“It doesn’t have its own office and staff. The first report was prepared on May 5,” he said. Referring to some media reports, Sawant pointed out that this commission’s chairman had said more research and investigation work was pending.

He claimed that in the political circles in Madhya Pradesh, there was criticism that the survey (for OBC population) was ‘invisible’, as the report was not shown to anyone. 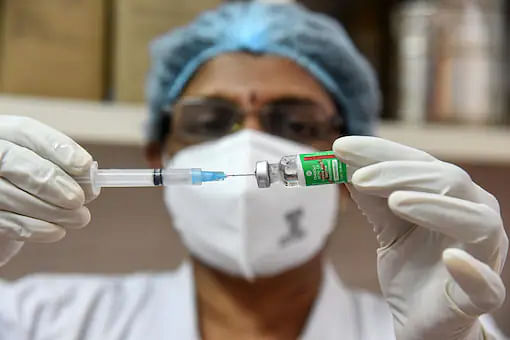