Lesser Florica, an endangered migratory bird captured on camera for the first time | Twitter/@zubinashara
Follow us on

The Tadoba-Andhari Tiger Reserve here in Maharashtra has registered the "first photographic record" of Lesser Florican, an endangered migratory bird, an official said on Thursday.

The presence of the female winged creature was recorded in May this year in a camera installed in the Tadoba-Andhari Tiger Reserve, TATR's Deputy Director Nandkishor Kale said in a release. The Lesser Florican, also known as Kharmore, is the smallest in the bustard family | Twitter/@zubinashara

Forest personnel had during routine work installed the camera for monitoring tigers.

Fortunately, the Lesser Florican was captured at the location and forest officials are trying to ascertain its present location, he said.

The Lesser Florican sightings were earlier recorded in Nanded, Nashik, Solapur, Akola and Chandrapur districts of Maharashtra, the official said.

The population of Lesser Florican is declining and a report published by the Wildlife Institute of India (WII) in 2018 affirmed that only 264 matured birds remain in the country, with an 80 per cent decline in their population since 2000, he said. 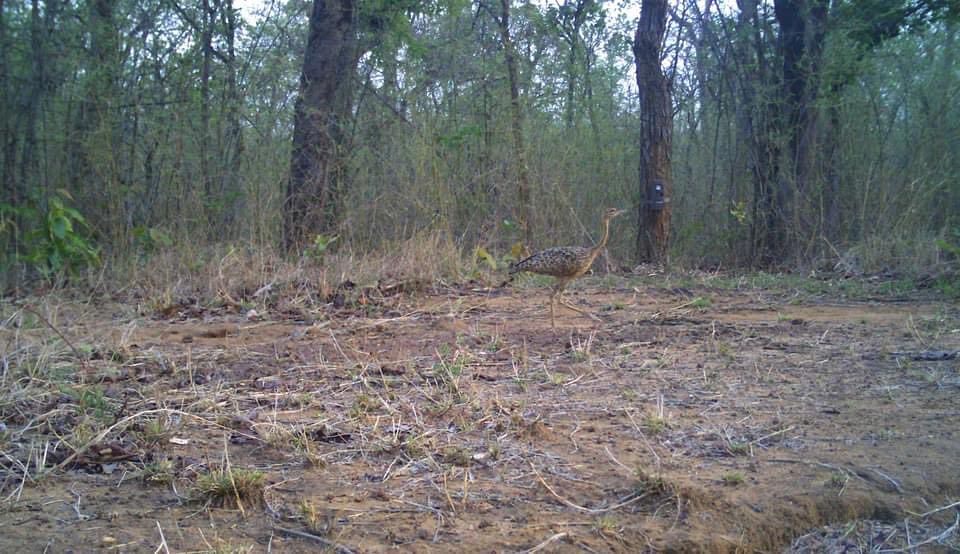 Kale said the Lesser Florican, also known as Kharmore, is the smallest in the bustard family.

These birds are generally seen in parts of the country during their breeding period from July to October.

The male Lesser Florican is famous for its beautiful breeding display that attracts wildlife photographers and unfortunately, poachers also, he said.

As part of the species conservation awareness, the Centre in 2006 issued a postal ticket on the Lesser Florican, the release said.

As per experts, these birds visit Madhya Pradesh, Rajasthan, Maharashtra and Gujarat between the months of July and August every year for breeding.

They then fly back to unknown locations after spending around three-four months in these states. It is not known where they fly in from.