Despite its pre-poll bombast, the saffron party was able to bag just one of the six seats up for grabs. It even lost in its traditional bastions of Pune and Nagpur
Sanjay Jog 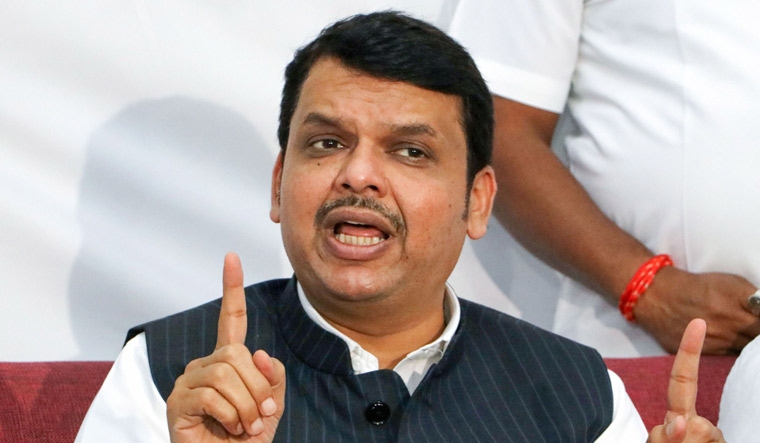 The Bharatiya Janata Party bit the dust on its home turf, losing the Pune and Nagpur legislative council seats, among others, in the bypoll on Friday. Despite its pre-poll bombast, the saffron party was able to bag just one of the six seats up for grabs. It even lost in its traditional bastions of Pune and Nagpur, the latter being the hometown of former Chief Minister Devendra Fadnavis and Union Minister Nitin Gadkari.

In addition, Nagpur is also the second capital of the state and the headquarters of the BJP’s parent body, the Rashtriya Swayamsevak Sangh.

Alarm bells are ringing over the party’s ignominious rout in Nagpur, where it lost to the Congress for the first time in 58 years. It is being said a complacent BJP took the ruling Maha Vikas Aghadi, comprising the Shiv Sena, the NCP and the Congress quite lightly.

The MVA alliance, which completed one year in office last week, bagged four seats and an Independent won the remaining seat. The NCP won the Pune and Aurangabad graduate constituency seats, where party nominees Arun Lad and Satish Chavan were declared the winners. The Congress candidate Jayant Asgaonkar bagged the Pune teachers’ seat while the party's Abhijit Wanjari defeated the BJP candidate and former city mayor Sandeep Joshi in the Nagpur graduates' constituency.

The Shiv Sena did not win a single seat, even though its alliance partners NCP and Congress bagged two seats each. The Sena's lone candidate, Shrikant Deshpande, lost to Independent Kiran Sarnaik, who is a former Congress leader. There, a section of Congress party openly worked for Sarnaik allegedly in violation of the coalition dharma. The BJP only won the bypoll to the Dhule-Nandurbar local body seat, the results for which were declared earlier.

Former Chief Minister Devendra Fadnavis admitted that results were not as per expectations. ‘’We were expecting more seats but won only one. We miscalculated the combined power of the three parties," he noted.

On the other hand, the MVA received a 'first anniversary' gift of sorts. Party leaders attributed the victory to the transfer of votes among themselves and proper coordination in taking on the BJP.

NCP chief Sharad Pawar said the results had shown that the MVA had the support of people and it was a recognition of its one-year performance.

The MLC elections were important, as they were a litmus test of the MVA’s strength against the BJP and it was for the first time the three parties jointly fought against the BJP.

MVA leaders claimed that the voters had overlooked the BJP’s repeated claims with regard to the collapse of the MVA government and chose to vote for the MVA.

In Nagpur, Wanjari, the Maha Vikas Aghadi candidate, secured 61,701 votes to beat his closest rival from the BJP, Sandeep Joshi, who got 42,991 votes.