Congress also demanded that if the Centre stopped the scholarship given annually to the students from the minority community then the state government should provide it.

Amid raging controversy over the controversial remarks made by Governor BS Koshyari, BJP national spokesman Mr Sudhanshu Trivedi and Women and Child Welfare Minister Mr Mangal Prabhat Lodha, the Maharashtra Pradesh Congress Committee President Mr Nana Patole on Thursday demanded that ruling legislators and MPs should resign if they have a shred of self-respect for Chhatrapati Shivaji Maharaj over the insult.

‘’Chhatrapati Shivaji Maharaj is wanted by the Bharatiya Janata Party only to get votes in elections. Prime Minister Narendra Modi and the then Chief Minister Devendra Fadnavis had also organized an event in the Arabian Sea with huge fanfare for Chhatrapati Shivaji Maharaj's memorial. In the election, votes were sought with the blessings of Chhatrapati, but as soon as it came to power, BJP's true face was exposed,’’ alleged Mr Patole.

‘’Bharatiya Janata Party spokesperson Sudhanshu Trivedi shamelessly says that Chhatrapati Shivaji Maharaj apologized to Aurangzeb five times. Governor Koshyari even compared Maharaj with Gadkari saying that he is the icon of older days. It is clear that this is the position of the BJP towards the Maharaj when the minister of the state Mangal Prabhat Lodha compared the Agra escape of the Maharaj to the rebels of a party in the state. This is a sign of extreme shamelessness,’’ said Patole.

He warned that there is no excuse for such tendencies, they will have to suffer the atonement. ‘’There is a lot of anger among the people about the repeated insult of Chhatrapati Shivaji Maharaj by the BJP, the people of Maharashtra will never tolerate this,’’ he said.

Meanwhile, Mr Patole demanded that if the Centre stopped the scholarship given annually to the students from the minority community then the state government should provide it.

He said that the Congress party workers will go to the offices of crop insurance companies in Mumbai and seek their reply on the lack of receipt of compensation to the farmers despite payment of crop insurance money. 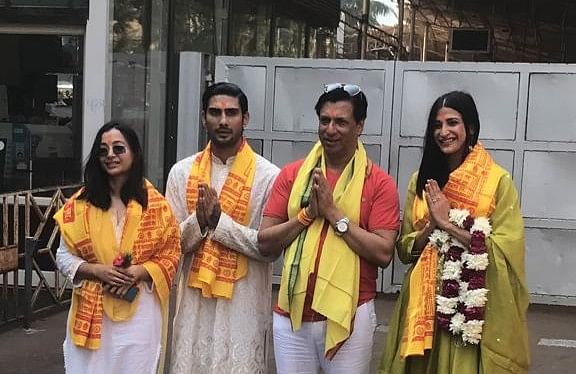