The cabinet also approved a slew of major decisions including amendment to the labour laws and charging of nominal stamp duty and registration fee to settle agrarian lands' dispute.

The Maharashtra Cabinet chaired by Chief Minister Mr Eknath Shinde on Tuesday approved the launch of Jalyukta Shivar Yojana (JSY) 2.0, a water conservation scheme to provide water in scarcity areas. The Jalyukta Shivar Yojana was launched and implemented during the BJP-led government between 2014 and 2019 but during the MVA rule it was not pursued. After CAG’s scathing observations about irregularities, the MVA governments had instituted an inquiry into JSY.

After the Shinde Fadnavis government came to power on June 30, at the first cabinet the Deputy Chief Minister Mr Devendra Fadnavis had asked the water conservation department to immediately start the JSY as the CM had given his consent for the same. However, the cabinet today took a formal decision for its revival.

In 2014, Mr Fadnavis, who was leading the BJP-Shiv Sena alliance government, had launched the flagship JSA which aimed to make Maharashtra drought-free. The ambitious water conservation scheme was to be implemented in phases.

Earlier, the JYS was implemented during the period 2015-2019 and irrigation facilities were created for 39 lakh hectares. About 5000 villages will be newly included in this campaign in the next 3 years. It was implemented in 22,593 villages and nearly 6,32,896 works were completed by creating a water storage capacity of 27 lakh TCM. About 20,544 villages got a water supply and there was a rise in the production of agriculture, especially in Rabi season.

According to the Chief Minister’s Office, under the JYS 2.0  the soil and water conservation works will be undertaken in the eligible villages which were not included in the first phase.  Similarly, in the villages where the first phase of JYS has been implemented but there is still a need for water in the villages, these works will also be done through people's participation.

There will be committees under the chairmanship of District Collectors as well as sub-divisional officers at taluka level for the coordination of JYS campaign. The work costing more than Rs 3 lakh will be awarded through e Tendring. All soil and water conservation works will be mapped and updated maps will be uploaded on Jio portal.

The catchment area will remain a planning factor while preparing the village plan.  Technical and administrative approval will be given after the nod of the final plan by Gram Sabha.  After completing the works as per the village plan, the water sufficiency report of the village will be prepared.

Maintenance will also be done for completed schemes. Public awareness will also be created through the water literacy campaign of the villagers in the villages. The plan will include the sustainability of crop productivity as well as the creation of collective irrigation facilities and other aspects.

It must be mentioned here that after the break up of the Shiv Sena and BJP alliance and the formation of Shiv Sena-led Maha Vikas Aghadi government, the JSY was stayed.

The CAG in its report, which was tabled in the state legislature during the monsoon session on September 8, 2020, had observed that Fadnavis' pet scheme had little impact in achieving water neutrality and increasing groundwater level despite the state spending a whopping Rs 9,633.75 crore. The CAG had castigated the BJP-led government for lack of transparency in the execution of works and inadequate monitoring by the department. The CAG, which conducted the audit for January to December 2019, submitted its report in June 2020.

Thereafter, the MVA formed a committee headed by the former additional chief secretary Mr Vijay Kumar in his 70-page report had cited a large number of irregularities and lapses in JSY.  The committee had found that in several works the bills were drawn without any actual work on the ground. Several projects were completed without due permission while ignoring technical norms. 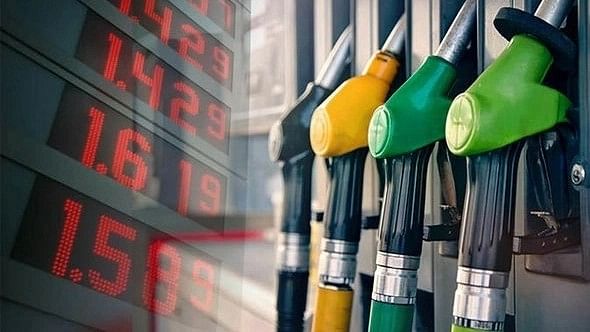