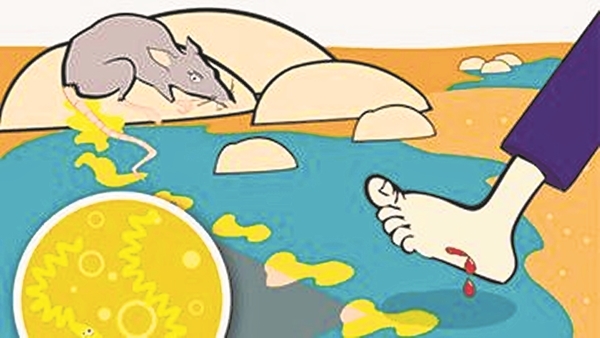 Mumbai: Mumbaikars are still in the grip of monsoon illnesses as there is a three-fold rise in leptospirosis cases in November compared to last year during same period. On the other hand hospitalisation due to dengue like-illness have also doubled this month.

According to the data provided by the public health department of the Brihanmumbai Municipal Corporation (BMC) 32 confirmed leptospirosis cases and 180 confirmed cases of dengue, which means there has been more than 65 per cent rise in monsoon disease in the city.

Meanwhile, around 2,000 Mumbai residents were hospitalised with suspected dengue fever in November compared to 1,000 suspected cases reported in October.

Health experts said the cases have increased due to the sudden change in weather and unseasonal rain which has provided perfect breeding environment for the virus.

“This year, the city recorded a high amount of unseasonal rainfall, leading to a rise in the number of leptospirosis and dengue cases. Cyclone Kyarr also led to unprecedented rainfall, pushing the monsoon disease to increase by 70 per cent in the month of November,” said a senior health officer from BMC.

In November 2018, the city had recorded 11 leptospirosis cases which rose sharply to 32 cases during the same period this year. Similarly, 48 confirmed dengue cases was reported last year which rose to 180 this year.

Leptospirosis is an infectious disease, which generally spreads to humans through contaminated water or by animal urine containing the bacteria of the genus Leptospira. The bacteria can enter the human body through unhealed wounds.

Dr Padmaja Keskar, executive health official, BMC said, this year monsoon got delayed due to which there were unseasonal rains which has led to an increase in the number of leptospirosis and dengue cases.

People may have waded through flood water due to which we had advised doctors to administer the antibiotic doxycycline to all fever patients.

“Through different means, we are trying to raise awareness among people about the symptoms [of leptospirosis and dengue]. We are also doing daily disease surveillance, which is helping us to diagnose patients at an early stage of the disease,” she said.

Dr Rahul Tambe, senior consultant, internal medicine, Nanavati Super Speciality Hospital, said the rise in mosquito-borne diseases can be attributed to the unseasonal, late showers in the October and mid-November which is likely to have created a favorable environment for breeding of mosquitoes.

“The unseasonal rains in turn start a ripple effect which resulted in spread of diseases such as Dengue and Leptospirosis. Both diseases are completely preventable and we have to maintain a sanitised environment to avoid dengue mosquito breeding.

It’s best to visit doctors immediately if you have a cut or scratches on your feet and waded through water logged areas,” said Dr Tambe.

Senior health officials said they have also requested private practitioners to put all fever patients on a course of doxycycline post-monsoon if there is a symptoms of dengue and leptospirosis.

As early treatment with the drug prevents other complications, and curbs deaths due to leptospirosis. “The BMC needs to take this issue seriously as the cases are increasing every year. Most of the patients are admitted to the intensive care unit of civic-run hospitals,” said a senior health official.

Om Shrivastava, another expert on infectious diseases, said that the sudden change in temperature makes the body vulnerable to certain diseases.

“People need to see a doctor immediately, as the symptoms of leptospirosis are quite similar to those of dengue, malaria, and chikungunya. Patients should take medication as prescribed by the doctor and not attempt any home remedies,” he added.