The locals has been alerted to avoid commuting near forest area and take more care of their children from nearby villages, located near forest
Priyanaka Dhomse 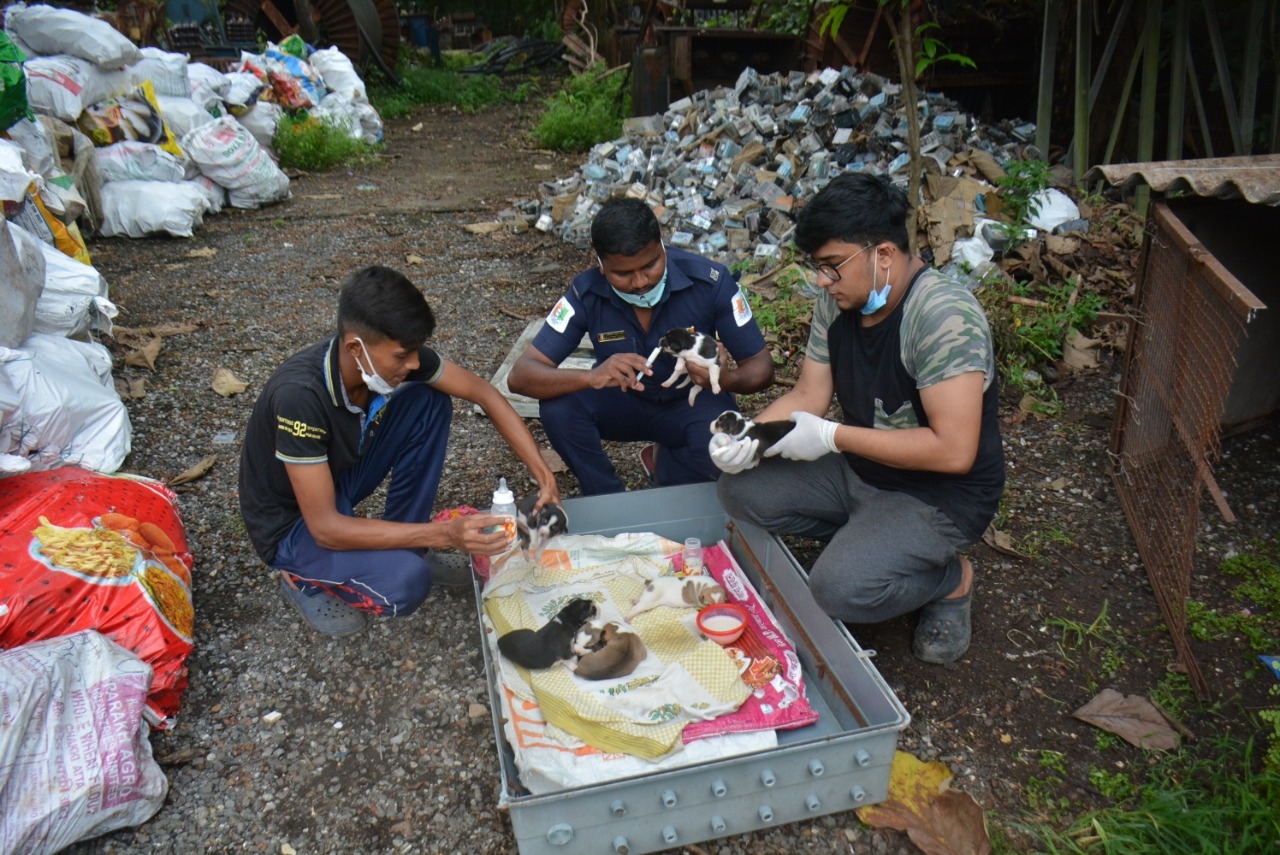 Volunteers, from a Thane NGOs looking after the rescued puppies. | FPJ Photo

A leopard was spotted in the Patlipada area of Yeoor hills in Thane. According to the forest official, the movement of a leopard has been noticed by the locals, since the last few days. While, on Tuesday, a female dog with 7 puppies, was attacked by it. However, the puppies were safely rescued and kept at an animal shelter.

"The movement of the leopard was spotted by locals since the last 5-6 days. However, on Tuesday morning, the body parts of a dog was spotted near Power house, at Patlipada, which is located close to the Yeoor hills, in Thane," informed a forest official.

Following an alert from the locals, the forest officials reached the spot and rescued the seven puppies which are now safe. "With the help of volunteers, from one of the NGOs in Thane, the puppies were safely rescued by forests officials and have been kept under observation," added official.

The on duty forest security officials has been instructed to keep a strict vigil in the forest area of Yeoor range (of Sanjay Gandhi National Park), while the locals has been alerted to avoid commuting near forest area and take more care of their children from nearby villages, located near forest, informed forest official.