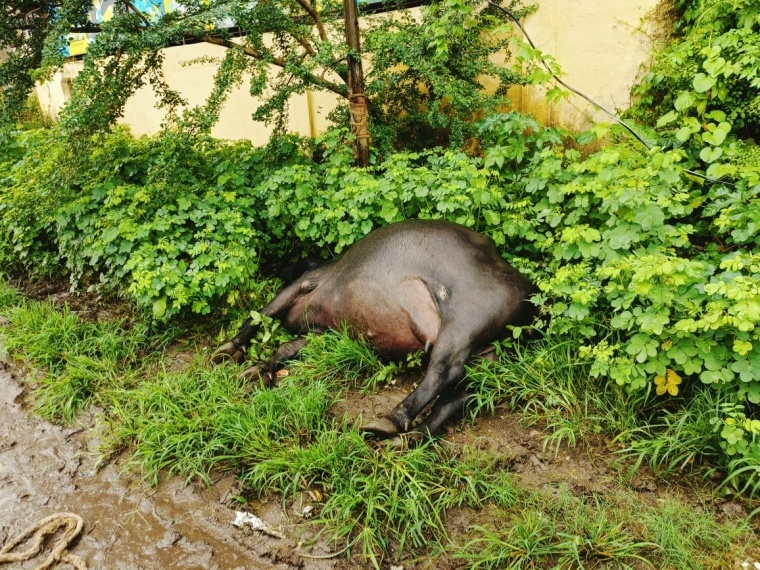 Kalyan: A pregnant buffalo died after getting electrocuted through wires from an open cabin near an apartment in Kalyan. Locals blamed the MSEDCL authorities for being careless. The MSEDCL officials till late evening didn't reach the spot to even check the irregularity.

The buffalo owner along with locals removed her carcass and buried her. Raju Patil, local Member of Legistative Assembly, helps owners for the last rite process.

The incident took place near Deshmukh homes complex, behind New Lord English School, Om apartment, Kalyan East. The buffalo was owned by Naresh Bhoir. After Bhoir reached the spot and contacted the MSEDCL officials to remove the buffalo as current was passing. "The area being green during monsoon, buffaloes usually go to have green grass. The buffalo was pregnant and as the wire and cabin was open she got electrocuted and died at 11 am on sunday. I was continously calling the authorities, but they didn't respond. My only aim was to remove it as she was preganant. My son tried to throw water on the buffaloe to check whether if she responses, but current kept on passing. He also touched the rope. We then asked the authorities to close the current flow, to remove the buffalo as she was pregnant and rat and other insect would started attacking it," added Bhoir. 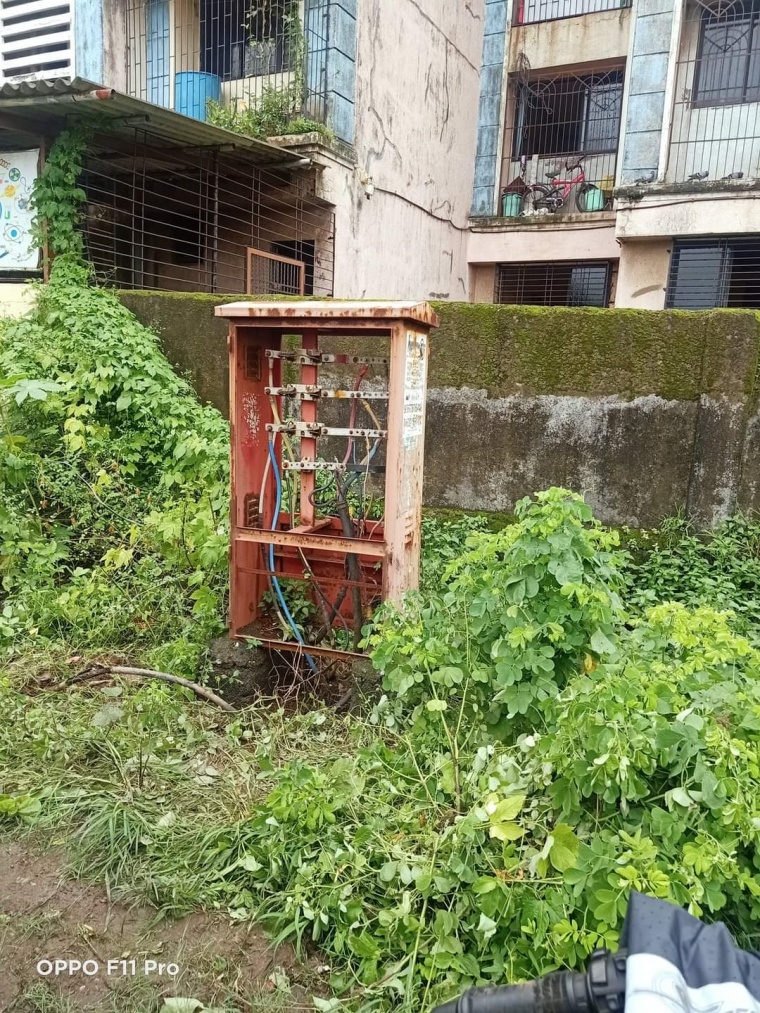 Vandana Singh Sonawane, a a social activict and a local from the complex said, "Their was a frequent power cut in the society. When I started checking the authorities and locals I found a buffalo died due to current flow. Usually, kids play in that open place, but due to monsoon and slippery mud kids avoid going there during monsoon. The entire day the authorities didn't response to the call or reach the spot to check the status," added Sonawane who further took to social networking site to take up the issue.