Here's why Maharashtra's Lonar lake turned pink; Pune based Agharkar Research Institute has answers for you | @maha_tourism Twitter
Follow us on

The colour of Lonar lake water in Maharashtra's Buldhana district turned pink due to a large presence of the salt-loving 'Haloarchaea' microbes, a probe carried out by a Pune-based institute has concluded.

The oval-shaped Lonar lake, formed after a meteorite hit the earth some 50,000 years ago, is a popular tourist hub.

The colour of the lake water recently turned pink, which has not only surprised locals, but also nature enthusiasts and scientists.

The state forest department informed the Bombay High Court last month that it had already collected the lake water samples and sent them for probe to the Nagpur-based National Environmental Engineering Research Institute (NEER) and the Agharkar Research Institute in Pune.

What is Haloarchaea or halophilic archaea?

"Initially, we thought it was because of the red- pigmented Dunaliella algae due to which the water might have turned pink. But during the investigation of the lake water samples, we found the water turned pink due to the large presence of Haloarchaea population in the lake," Dhakephalkar said.

"And since it (Haloarchaea) produces a pink pigment, it formed a pink colour mat on the water surface," he said. What leads to growth of Haloarchae?

Dhakephalkar said they assume that the absence of rain, less human interference and high temperature resulted in the evaporation of water which increased its salinity and pH.

The increased salinity and pH facilitated the growth of halophilic microbes, mainly Haloarchae, he said.

Will the lake ever return to original condition?

The other scope of the investigation was to find out whether the colour attributed to the water was permanent.

"So, we allowed the sample water to stand still for some time and we found out that the biomass settled at the bottom and the water became clear and transparent," he said.

"So basically, it was the biomass of these microbes and because of that the surface of the water turned red or pink and as soon as the biomass subsided, the colour disappeared," he explained.

The scientist said the colour of the lake is now returning to original as the rainy season has kicked in, allowing dilution of the water.

Because of that, the salinity and pH/alkalinity levels have also come down and green algae have started growing in the water body.

What is the connection of the case with flamingos?

Dhakephalkar said during the investigation, they also came across an interesting incidental finding related to flamingos that visit the lake.

The plumage of the bird is pink or reddish in colour because of the ingestion of carotenoids-rich food, he said.

"This bacteria, which produces a pink pigment, is ingested by these birds and they get carotenoid-rich food, because of that their plumage is pink in colour. So before we noticed it, these flamingos might have noticed the red colour at the lake and landed there," he said.

He said this would be another interesting aspect to find out.

Dhakephalkar and other researchers - Dr Monali Rahalkar, Dr Sumeet Dagar and Dr Karthik Balsubramaniam from the institute - have prepared a detailed report of their findings and sent it to to the forest department.

The forest department will submit it before the Nagpur bench of the Bombay High Court, which is hearing a petition raising concerns over the change in colour of the lake water.

Read Also
Have you seen a pink water lake? Here's a story of Lonar Lake which turned pink 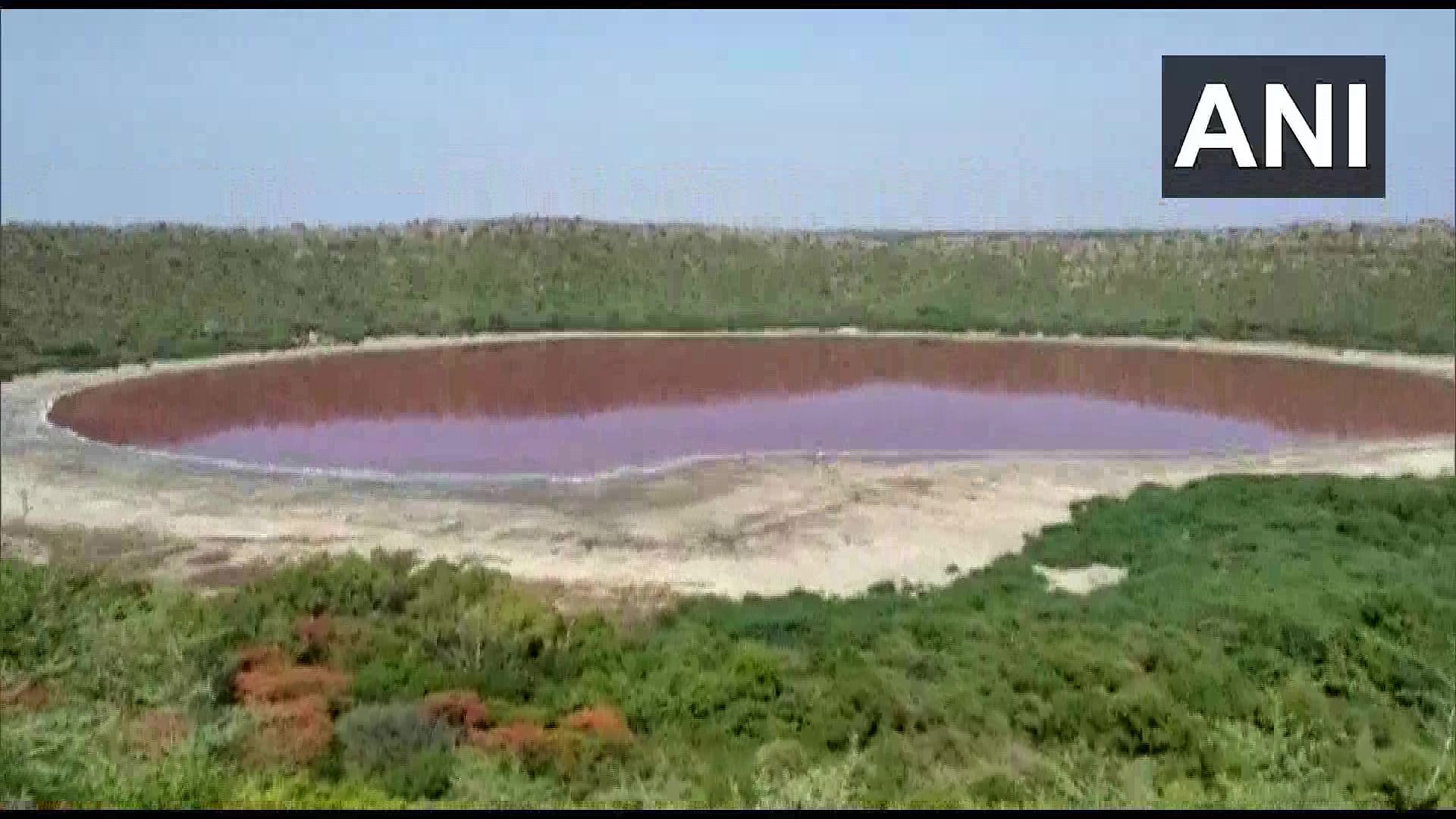 Maharashtra to seek 2 underpasses on site where 12 blackbucks died

Mumbai: Temperature to drop by 3-4 degrees Celsius for next two days

From rags to riches: Manikandan Nadar’s success story is what Mumbai's dreams are made of