In a perhaps unforeseen side effect of the move, however, citizens have now become extra vigilant for the same violation being committed by policemen.

The Mumbai Traffic Police’s recent decision to make helmets compulsory for pillion riders has led to a tacit tug of war between the police and citizens. Since Thursday, when the police began their crackdown, at least eight pictures taken by civilians of different policemen riding without helmets have been posted on Twitter.

The police on Thursday started penalising those riding pillion on two wheelers without helmets, charging them with a fine of Rs 500 each. The announcement was first made on May 25, and Mumbaikars were granted a time of 15 days to buy helmets, after which the police began taking action on Thursday. In a single day, the police have penalised 3421 pillion riders for not wearing helmets.

In a perhaps unforeseen side effect of the move, however, citizens have now become extra vigilant for the same violation being committed by policemen.

Ironically, the first casualty of this online war was a Traffic Police constable. At 9.02 a.m. on Thursday, even as the police kicked off their campaign, Twitter user Mahesh Sharma posted a picture, tagging the Mumbai Traffic Police’s official handle. The picture clearly showed a uniformed Traffic constable riding pillion without a helmet. It was accompanied by a caption that said that rules were only applicable for citizens and not policemen.

The traffic police replied to him asking the location of the picture, and Sharma specified the location in great detail. The police once again replied to him, saying that the concerned Traffic division had been instructed to look into it.

Since then, up to Friday night, seven more such pictures of errant policemen were tweeted by different users from various locations. Some showed cops riding pillion without helmets, others showed policemen driving the bikes helmetless and a few of them also captured other violations like speaking on the cell phone and jumping the signal.

Twitterati did not mince any words while tweeting the pictures. One photograph, posted by Advocate Sagar Devre on Friday, showed two uniformed Traffic police personnel on a scooter, with the pillion rider not wearing a helmet. Adv. Devre’s caption said, “Loka saange brahmadhyaan aapan maatra korde paashan’, a Marathi verse which accused the police of doling out knowledge to others but being unaffected by it themselves.

All the tweets received responses from the Traffic Police, first asking for the location and then stating that the concerned Traffic division had been informed. In a couple of instances, the police even replied saying that action had already been taken against the offenders. 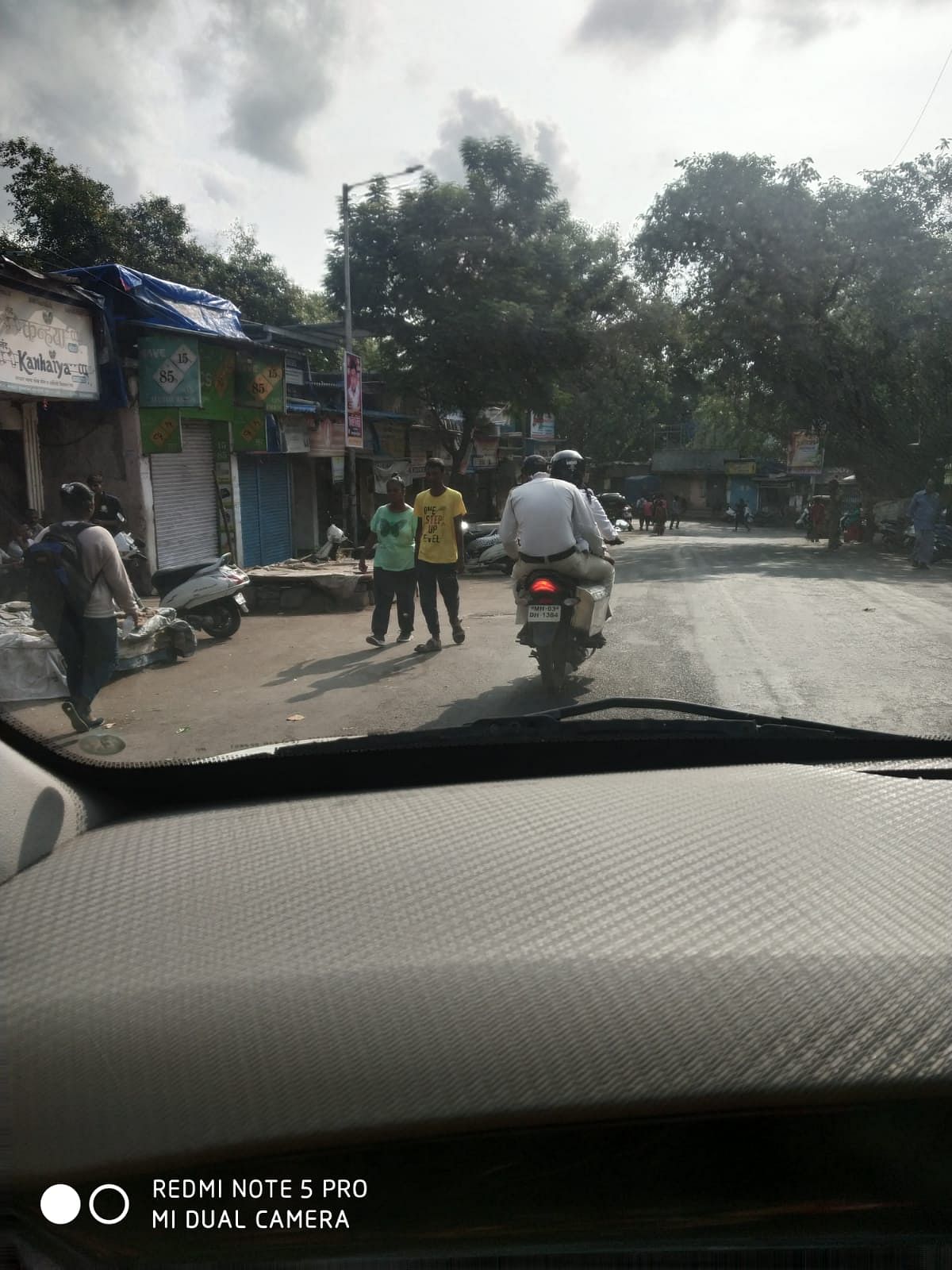