The government decision will benefit nearly 16 lakh residential homes which house lakhs of families in the city.
Sanjay Jog 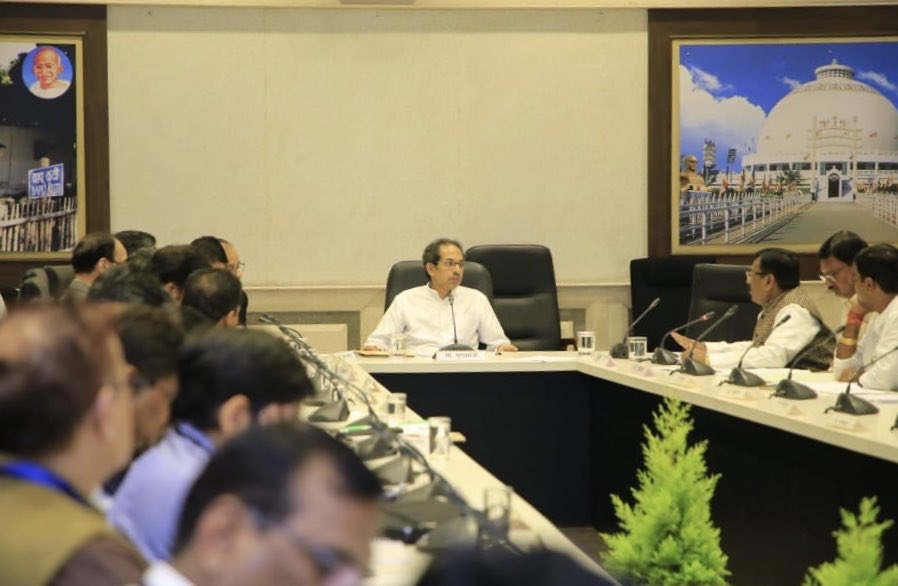 In the run up to the upcoming Brihanmumbai Municipal Corporation election, the Chief Minister Uddhav Thackeray, who is recovering from the spine surgery, on Saturday announced a new year’s gift to the Mumbaikars. As promised by Shiv Sena in its ‘’vachannama,’’ Thackereay, who chaired a virtual meeting, has announced a complete waiver in the property tax on residential properties measuring up to 500 square feet. He has asked the urban development headed by his close confidant and Shiv Sena leader Eknath Shinde that it should be implemented immediately by completing the necessary formalities.

The government decision will benefit nearly 16 lakh residential homes which house lakhs of families in the city. BMC is expected to lose a revenue of Rs 462 crore per year. The urban development department hinted that it will be implemented from April as the government will have to issue an ordinance proposing an amendment to the Mumbai Municipal Corporation Act 1888. However, Urban Development Minister Eknath Shinde said the waiver will be applicable from January. Thackeray also directed the urban development department to implement the decision immediately.

The state cabinet, which will meet next week, will approve the urban development department’s proposal and it will pave the way for an immediate implementation.

Thackeray took a dig at the estranged ally the Bharatiya Janata Party saying that Shiv Sena does not make any tall promises like the BJP but it announces ‘’vachananama’’ with a resolve for its fulfillment.

‘’Shiv Sena has been committed to push Mumbai's development. It is Thackeray’s fourth generation which is currently working to take the city's development to new scale. I appeal to every Mumbaikars to continue to support Shiv Sena and do not worry as the party and the Maha Vikas Aghadi government are capable of taking care of everything specially to combat the present COVID 19 crisis,’’ he noted.

Shinde said that the decision will benefit owners of over 16 lakh homes up to 500 sq ft in BMC limits. He noted that the Shiv Sena, which rules the BMC, has fulfilled an important assurance it gave ahead of the 2017 BMC elections.

"The opposition has raised the issue about waiving off the property tax of residential properties of 500 sq ft that includes general tax and other service taxes. The government’s stand is also of the same view. It is under process and the decision will be taken soon,” said Shinde in his reply.

Former Maharashtra CM and Leader of the Opposition, Devendra Fandavis had said that only general tax of property tax bills were waived off and not the entire property tax as promised by the then Shiv Sena chief Uddhav Thackeray.

Knight Frank India Executive Director Gulam Zia told the Free Press Journal, ‘’ Last year, the discounted stamp duty for buyers brought the markets back and also the buyers. Current year, the transaction volume of 1,12,000 apartments in the BMC area alone has been the best in the last decade and 40% higher than pre covid number. The transaction volume is increasing. The government’s decision on property tax waiver will have an impact on BMC’s revenue. However, I expect that it will be covered by the real estate market bouncing back with mid to higher end segments buying apartments like never before. The gap in revenue will be covered up by upper segment.’’

On the other hand, the Maharashtra Societies Welfare Association Chairman Ramesh Prabhu asserted that the decision should be implemented without any further terms and conditions or restrictions. ‘’It will benefit people staying in housing societies. It will review the trend for constructing smaller houses in the city,’’ he opined.