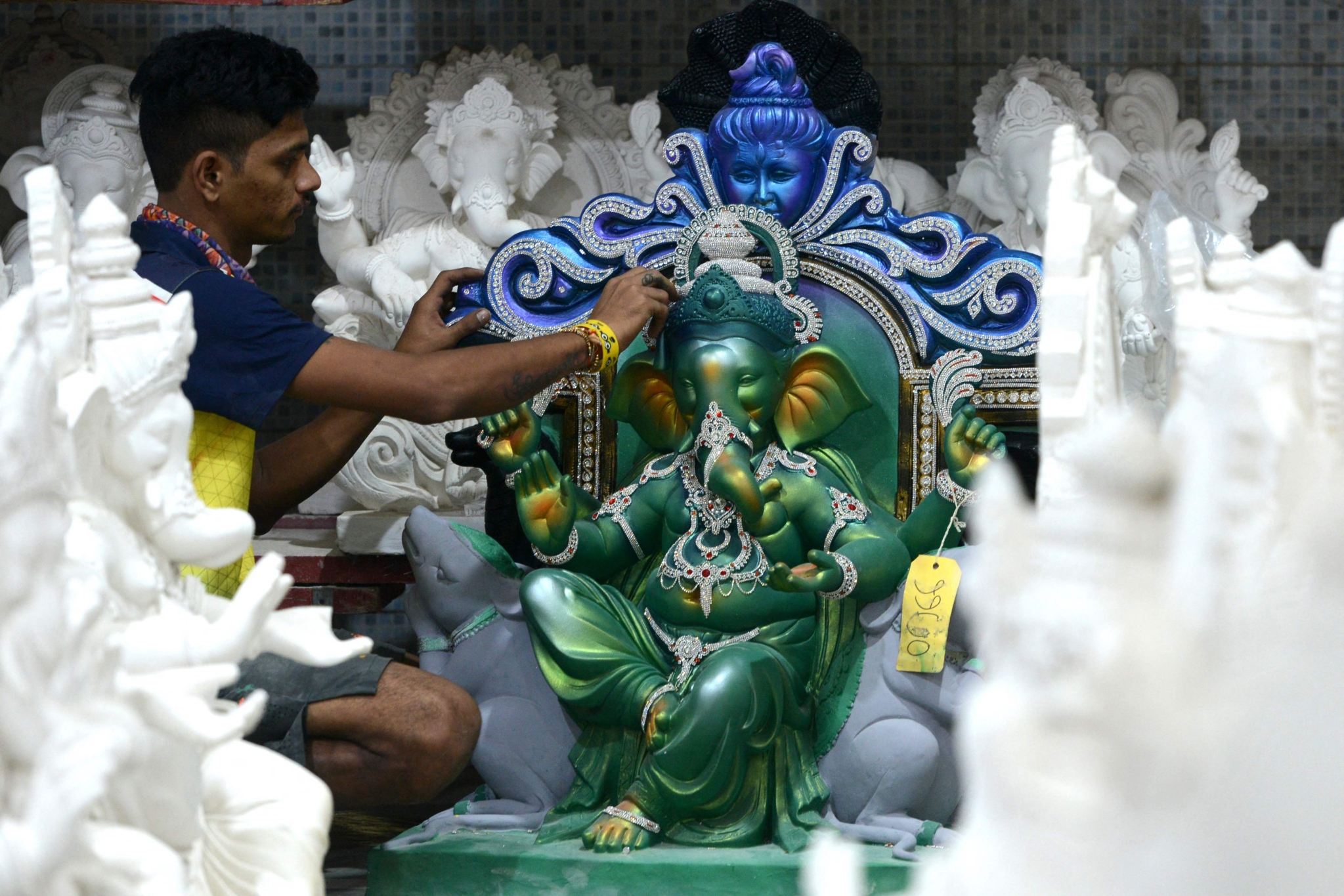 An artisan gives final touches to an idol of the elephant-headed Hindu god Lord Ganesha at a workshop ahead of the Ganesh Chaturthi festival in Mumbai on August 24, 2021. | AFP

In the face of strong demand from Ganesh mandals to allow visarjan in natural water bodies, the Brihanmumbai Municipal Corporation (BMC) is standing firm, prioritising Covid safety protocol. Aiming at preventing crowds during immersion, after Ganeshotsav begins from September 10, the BMC has said that no processions will be allowed and mandals must deposit idols at collection points assigned by ward offices. Following this, BMC staff will carry out the immersion of the idols in natural water bodies.

The organisers had asked the state government and the BMC to allow 10 members from each mandal for visarjan. But just like it did last year, the BMC has banned welcome as well as visarjan processions in the wake of the pandemic. “The threat of coronavirus spread is still looming upon us, one wrong step and we will all suffer. Hence, even this year, we shall not allow any procession, not even low-key ones. No crowding will be allowed. Instead, we will set up collection points for idols outside all traditional visarjan spots and other places in each of the 24 wards in the city. The organisers can deposit/ drop off their idols at these points for immersion and also head to major collection points near Chowpatty. However, we are firm that no processions will be allowed,” said a senior BMC official.

Mandal volunteers will not be allowed anywhere near Chowpatty or other waterfronts and will have to hand over the idols to the BMC volunteers or civic staff who will take over from that point.

Last year, the BMC had asked citizens and mandals to give preference to the artificial ponds in each of the 24 wards. Naresh Dahibavkar, president of Brihanmumbai Sarvajanik Ganeshotsav Samanvay Samiti (BSGSS), said, “There is no coordination among the traffic department, police and BMC. Which leads to chaos and confusion and ultimately, mandals suffer. We had requested that they allow us to take advertising banners and hoardings from sponsors, there is no clarity on that. The police are yet to give us clarity on loudspeakers."

Dahibavkar added: “Last year, many mandals carried out immersion in the artificial ponds while those with household Ganpatis held symbolic celebrations/ visarjan. However, this year, with many mandal members/ citizens fully vaccinated, we had requested the BMC/ state government to allow us to carry out immersions at natural water bodies and the sea. We had asked BMC to allow 10 fully vaccinated members to bring the idols for immersion. However, we have been told to hand over the idols at collection points only.” 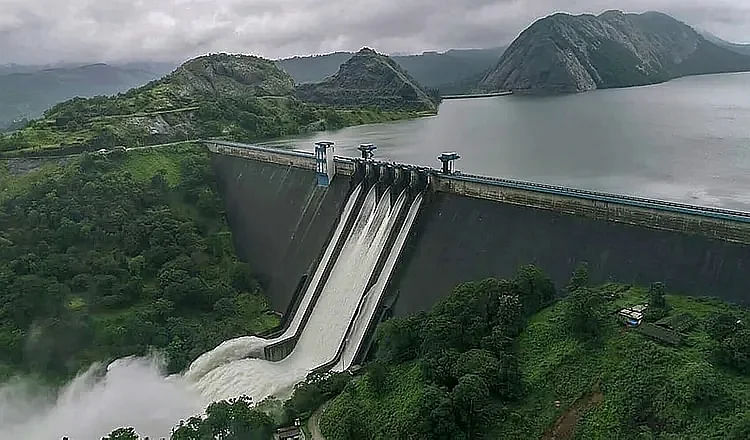