Rawat’s advocate Sandeep Sherkhane produced the youngster’s mark sheets before the court to show that he is a bright student scoring 99 per cent and a topper.

File photo of Mayank Rawat and Shweta Singh, accused in 'the 'Bulli Bai' app case, being produced at a court in Mumbai | Photo: PTI
Advertisement

Accused Mayank Rawat in the hate app Bulli Bai case, told the court through his advocate while seeking bail, that he was misguided and used by the hate app’s creator Neeraj Bishnoi. The Mumbai police suspect Bishnoi is the mastermind behind the app.

The court was hearing the bail applications of the three accused Vishal Jha, 21, Shweta Rawat, 20 and Mayank Rawat, 22, who are presently in judicial custody.

Rawat’s advocate Sandeep Sherkhane produced the youngster’s mark sheets before the court to show that he is a bright student scoring 99 per cent and a topper.

“He has been misguided, used by the main conspirator,” the advocate said, referring to Bishnoi. He further told the court that the issue has become political and media and politicians have ‘hyped’ it.

He added that the engineering student is not the creator of the app and has only shared its link on Twitter. “He does not know anything about the outside world. The creator has the knowledge to use the app,” he argued.

Appearing for Jha, his advocate Shivam Deshmukh also told the court that Jha is only a 21-year-old pursuing his engineering studies and was not the creator of the hate app. He allegedly only shared and promoted it on Twitter using a handle. He produced a receipt before the court and said that Jha’s college fees amounted to Rs. 2 lakhs.

The argument regarding them not being creators of the app was taken by all the trio. Singh’s advocate Chittranjan Das told the court that she is Dalit and an orphan and sought relief also on the ground that she is a woman.

The cyber police in its response to the bail applications of the three accused that was filed before the court on Monday, opposed their release on bail.

It said in its reply that their probe had found Rawat had eight Twitter accounts, an Instagram account and five Gmail accounts. Similarly, it said that the woman accused operated seven Twitter accounts. It said further that it appears to have targeted women from a particular community and it is probing who motivated them for it, as well as if they had more accomplices. The court also pointed out that all the three being tech-savvy could destroy evidence in the case if released on bail.

Similar, to the Sulli Deals app that had emerged last year, the Bulli Bai app that was hosted on the GitHub platform auctioned prominent women of a particular community by featuring their photos accompanied by lewd write-ups. 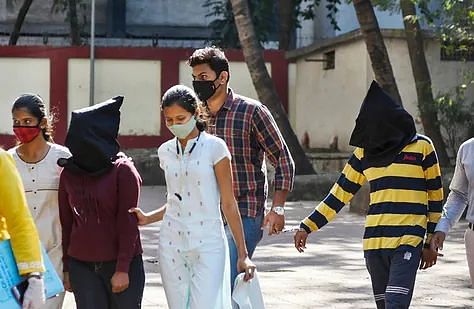