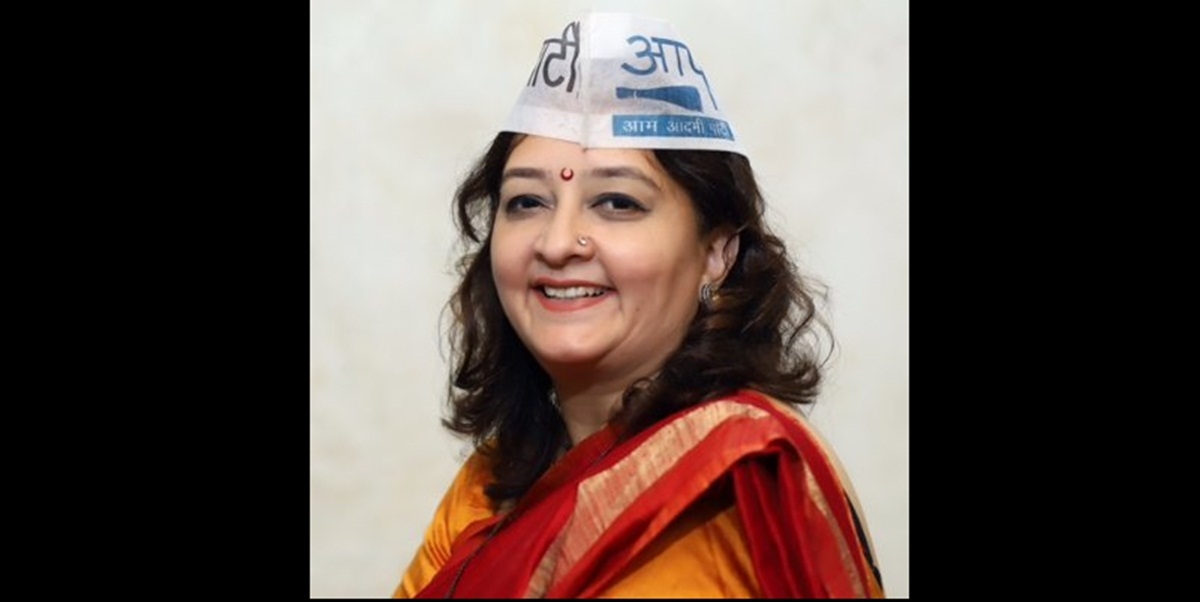 The Aam Aadmi Party (AAP) is gearing up to spread its wings beyond New Delhi. AAP, which is running the Delhi state government, is now eyeing Maharashtra, Goa, Uttar Pradesh, Uttarakhand and Punjab. And, after ruling in Delhi for almost 6 years, AAP is now trying to win Mumbai over. While trying hard to move up the ladder and put up a tough fight with Shiv Sena in BMC elections, which will be held in 2022, AAP's National Executive Member and Mumbai Prabhari Preeti Sharma Menon, shares the party’s plan to win the civic body elections. Excerpts:

What are your plans to boost the Aam Aadmi Party’s presence in Mumbai?

The Aam Aadmi Party (AAP) has decided to spread its wings across the nation. Earlier, the party was consolidating its work in Delhi. But now we have a Delhi model, which we can take across the nation — a model that has been seen and verified by international bodies. It was the same model, and not the Gujarat model, that PM Narendra Modiji showed former first lady Melania Trump during her visit to India. Because this is the only working model in the country where a government is not running a deficit. It has efficient projects and is ensuring that the welfare reaches the citizens. Therefore, that model now needs to be expanded across the country. We think Mumbai is the right place for it and hence we have decided to contest the BMC elections for all the seats.

With a minimal presence in Mumbai, do you think AAP will win the elections?

I think this would be comforting for any party to say that they would win, even an established party like Shiv Sena has never won the BMC election alone. Even last time, it won by a tiny margin. In fact, MNS, which is a native Mumbai party, has never won the BMC election. Yes, we are new and small. But, I think we can easily make a difference because if you see, in 2014 we had a sizable vote share in Mumbai — 2.70 lakh. And if you see how the BMC elections turned out last time, the NCP managed to get 2.40 lakh votes and has nine corporators; Samajwadi Party got 1.10 lakh votes and has six corporators. Looking at the figures, I think we will make a grand entry in the BMC. We are working hard on building the organisation. And there is no secular party left in Maharashtra—there's BJP on one side and Shiv Sena on the other, and both are right-wing parties. Parties like Congress and NCP have abdicated their secularism and they are also now part of the right-wing brigade. MNS and AIMIM too are right wing in their own way. So, in a way, there is no secular party in the state. No party stands for the constitution. There is huge space there, which AAP hopes to fill. Party plans to contest all seats and give a credible option for the city.

How does the party plan to tackle civic issues in Mumbai?

We have formed the Mumbai Pradesh Committee, which has been actively working on various issues like healthcare. We've been fighting on environmental issues and now we are talking about cycle track along the Powai lake, we are also protesting against the fuel hike and many other issues. Our party has already been on the ground on several issues like potholes and Dahisar check naka. It is our protests, which provoked Aaditya Thackeray to look at the problem at the Dahisar toll naka, which was something that was completely ignored. We have been raising issues in Mumbai. As for how we plan to tackle city civic issues, we have created a vision document that has been uploaded on our website. We also will be doing a Mumbai dialogue from which our manifesto will emerge. But our main aim remains the same: BMC has BEST under it, which can provide cheap electricity to Mumbaikars. That's going to be one of our foremost activities. We will also work on making Mumbai roads better. If we come to power, the focus will be on fixing the roads. In Delhi, a flyover costs Rs 90 crore per kilometre to build it and the same kind of flyover costs Rs 230 crore in Mumbai — it is an evil kind of exaggeration of expenses that the BMC does, which has to be brought into check. There are enough funds in the BMC. But if the BMC was not to waste its funds on projects like the Coastal Road — the most expensive road nearly costing Rs 1300 crore per kilometer — the money could be spent on education and health. There will also be other agendas besides the roads. The other point that we are going to focus on is hygiene. Mumbai is probably the only city in the world, which is still throwing its waste into the sea without processing it. We need waste management. These are some primary issues we will focus on, among other things like exaggerated parking fees, property tax and even the premiums that are demanded out of builders. There's a lot of correction that is required in the BMC. And I think AAP will be able to address it.

Compared to other political parties, what different things are AAP planning to offer Mumbaikars?

All political parties are just concerned with one thing in Mumbai — they want a share of the money that they give out for contracts and projects. They want to contract out BEST bus services; they want to do the same with hospital services. They don't want to do anything. They want to give away our parks and towns to private people to run. And then those private people make their own clubs and ultimately, they just want to contract out everything instead of running the government. BMC is not a local government body — it's a local contract distribution body in which every political party has a share. That is what needs to change. Like Delhi, Mumbai also can be run efficiently. Yes, Mumbai’s problems are different, so we will need to have a different focus. Mumbai's problems are roads, sewage, and reorganisation of slums, among other things. These problems need to be focused on and that's how we will be different from other political parties — the civic body has to deliver the services and not contract them out.

How does AAP plan to put up a fight against Shiv Sena, which has been in power in BMC for almost two decades?

Currently, we have no plans for an alliance and I don't see other parties allying either. The MVA government allies have not made up their minds whether they will fight BMC elections together. Parties like the Congress and Shiv Sena might not form a united front. They didn't do it in West Bengal or Uttar Pradesh. Congress is not the party that contributes; it holds meetings where it calls all political leaders, but that’s just a charade. The Congress will never listen to regional parties, and it will never allow a united front against the BJP. Congress is the biggest promoter of the BJP.