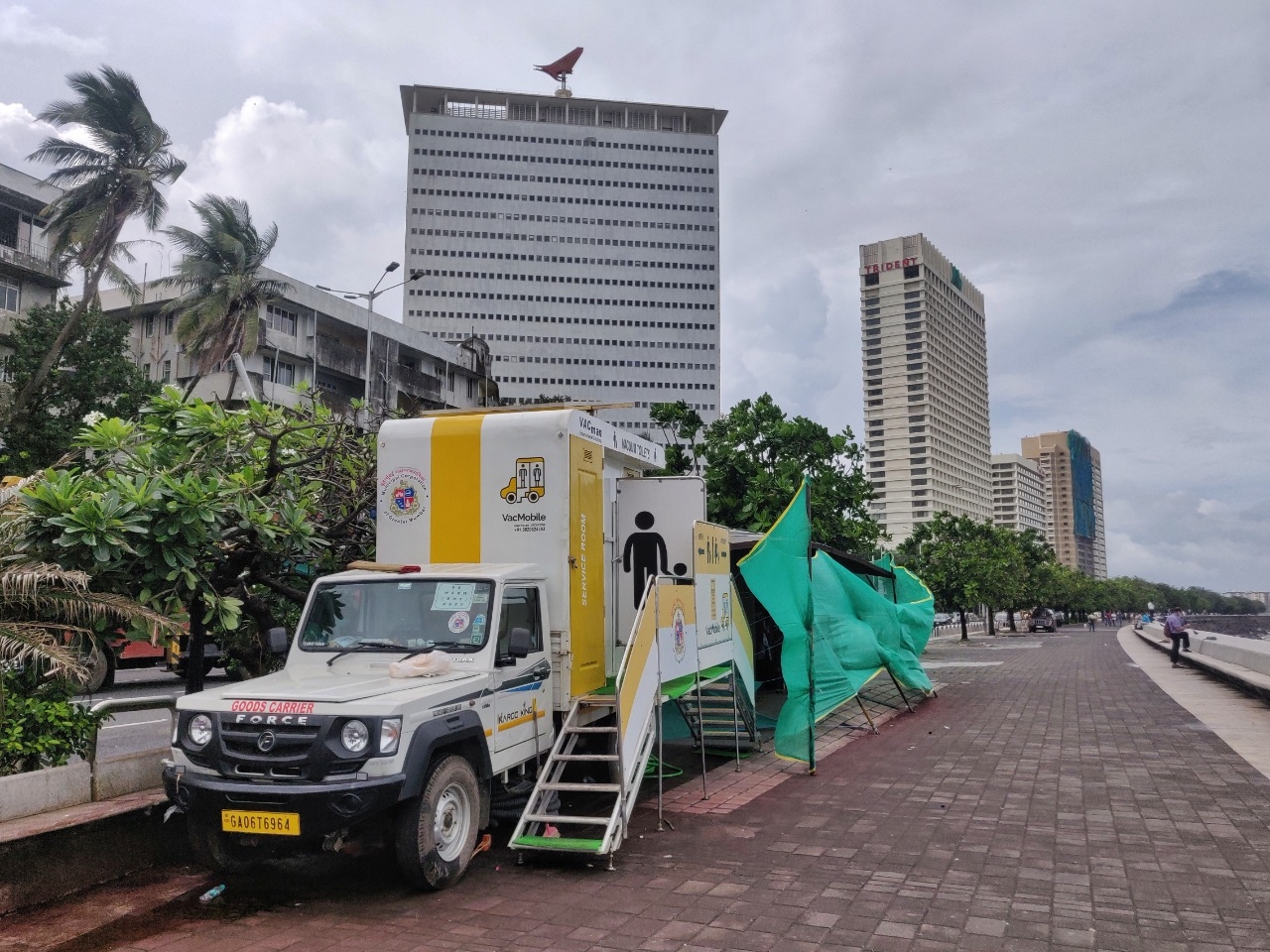 The Brihanmumbai Municipal Corporation (BMC) has finally started the repair work of a public toilet in Marine Drive that has been lying partially defunct since April 2021.

Earlier on September 1, this newspaper had reported that the ladies’ section of the toilet was shut and the gents’ section was being used by both men and women. The fact that there’s no other public toilet nearby made matters worse. After the Free Press Journal followed up on the issue, the BMC placed mobile toilets at the spot and started the repairs.

On Wednesday, Arjun De, the honorary Consul General of Republic of Zambia, was seen using the toilet. He said that one more public toilet needs to be set up at Marine Drive. De, who was visiting Mumbai, said, “This is a business district and a lot of people visit this area regularly. Many of them are also senior citizens, so it is advisable that one more toilet should be set up somewhere in the area as the next public toilet after Marine Drive is near Princess Street Flyover, which is more than two km away.”

BMC officials had said that the maintenance contract of the toilet had lapsed, which resulted in the facility lying partially defunct. A senior official on Wednesday said that under corporate social responsibility, the repairs of the toilet have been undertaken by a private organisation. The work is expected to finish in the next two months. BJP corporator Harshita Narwekar said that besides repairing the toilet, the private contractor will also carry out regular maintenance.

An official said, “Now that restrictions have been eased across the city, a lot of people have started visiting the Marine Drive area for work. As there is no public toilet nearby, we have placed our mobile toilets,” said the official.

Built at a cost of Rs 90 lakh, the toilet was inaugurated in 2018 and was equipped with unique vacuum technology that stores the bio-waste inside built-in tankers and prevents it from going into the sea. The BMC tankers collected the waste using a suction pipe and sent it to its treatment facilities.

Ashok Gupta, a local resident and vice president of the Marine Drive Citizens’ Association, had earlier said that the toilet was poorly maintained and often local residents would complain of sewage smell. “The BMC has now started repairing and they have also installed a door that was not there earlier. I am sure that things will improve and they will manage the toilet in a better way,” said Gupta.