The Indian Meteorological Department’s prediction of early monsoon has put BMC officials on their toes as the city’s desilting work is yet to be completed. Yet there is some relief, as the work of an underground water holding tank at St. Xavier’s ground in Parel is nearing completion. This will help resolve the flooding issue at Hindmata, civic officials claimed.

The BMC had started desilting work in April and set a deadline of May 15. Until now, 37 per cent of work in the city, 65 per cent in the eastern suburbs and 57 per cent in the western suburbs have been completed. A review of the ongoing works was recently held by additional municipal commissioner P Velrasu, along with the Storm Water Drain (SWD) department.

Hindmata and Parel are the city’s chronic and oldest flooding spots. To resolve flooding at Hindmata, the BMC’s SWD department is constructing two underground water tanks – one at Pramod Mahajan Kala Park in Dadar West and another at St. Xavier’s ground in Parel. The construction work of the tank at St Xavier’s ground was started by the BMC last year before the monsoon.

According to the plan, excessive rainwater accumulated at Hindmata will be diverted to these tanks. After the rain subsides, this water will be pumped out into the nullah. The BMC has now decided to expand the capacity of these tanks which will take time. A holding pond was constructed in phase-I to hold 1.05 crore litres of stormwater during heavy rains.

The extension work of phase-I holding pond of 1.81 crore-litre capacity was given in January 2022. “Till now almost 80 per cent of work (except slab work) has been completed. So it will help resolve water logging in this area to some extent,” said Velarasu. 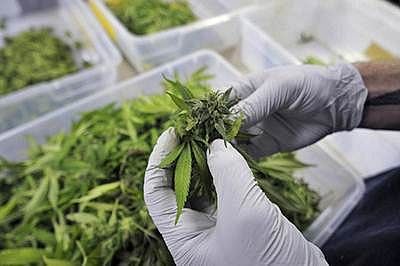