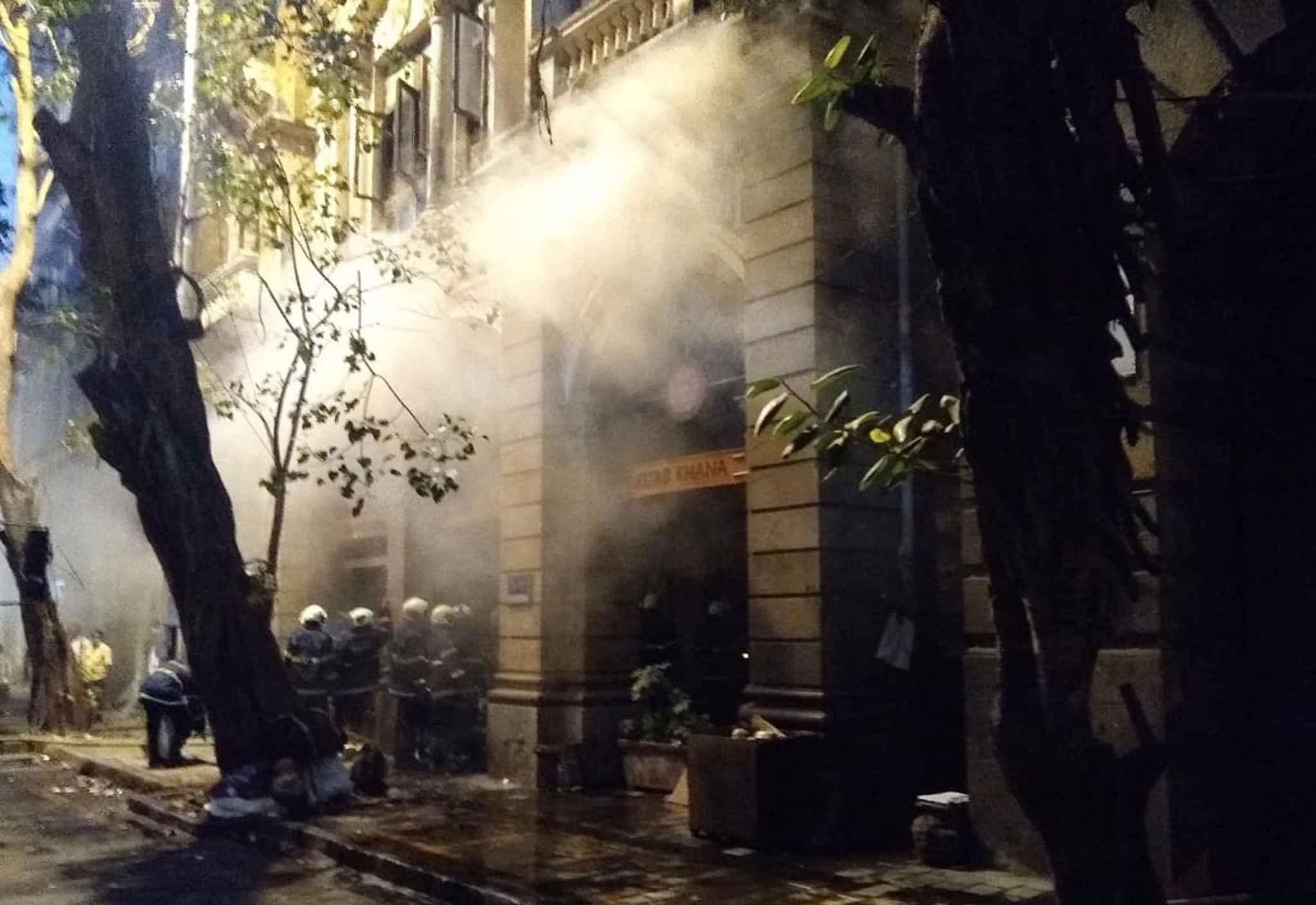 A fire broke out at the iconic Kitab Khana book store at South Mumbai's Fort area on Wednesday. According to Mumbai Fire Brigade (MFB) the incident took place around 5 pm at the ground floor of the shop, located in the century old four storeyed Somaiya Bhavan building near the Flora Fountain.

The fire was labelled as Level 2 (L2) and eight fire engines and six jetties were rushed at the spot. Officials in the fire brigade informed, nearly 30 people were evacuated from the building during the fire fighting operations.

The Kitab Khana management took to Twitter and wrote - 'The fire broke out earlier this evening and the situation is under control. We will issue an official update later tonight'.

Also responding to the tweet, one of the officials stated 'The building has not caught fire, everyone is safe, we will share an official statement by tonight'

Although no casualty was reported from the spot, fire officials predicted loss of property worth Rs 1 crore.

"Stock of books worth crores of Rupees got gutted in the fire, also the water used to douse the fire had caused further damage," the official stated.

The fire was doused from all sides by around 7:30 pm.