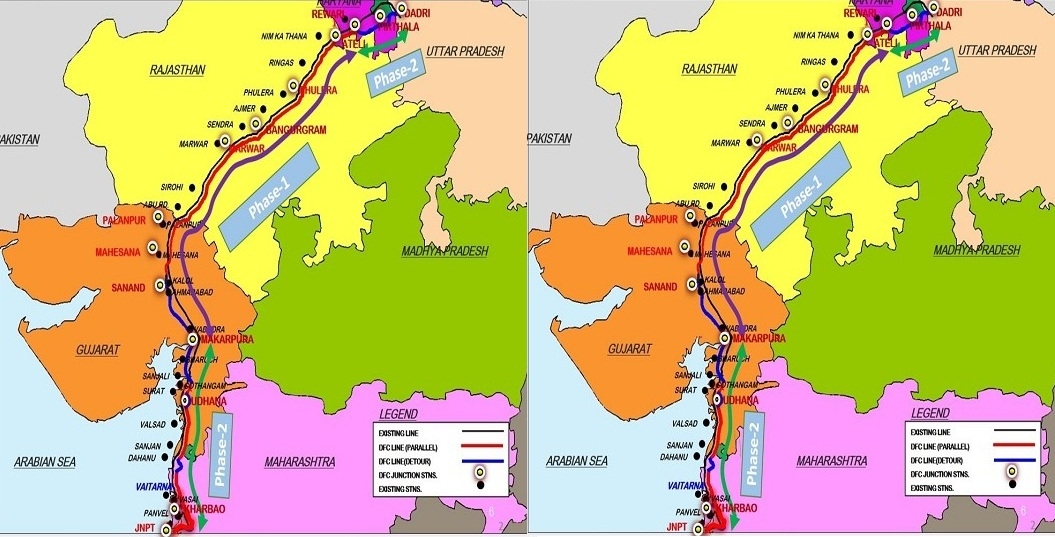 Mumbai: The Bombay High Court has cleared the way for initiating work on the Western Dedicated Freight Corridor (WDFC) between Maharashtra and Uttar Pradesh (UP). The project has been stalled for over two years due to a petition filed by Jiten Agro Land and Farm Pvt Ltd, and its directors, whose 2.5-hectare land in Panvel was acquired for it. Dismissing the petition, the court said the petitioners have been unnecessarily delaying a project of public interest.

Observing that “there is no report of worth which could be relied upon to hold that the said project is being taken forward upon damaging the environment”, a division bench of Chief Justice Dipankar Datta and Justice Girish Kulkarni observed, “From the factual narrative, it is quite clear that all requisite permission/clearances have been applied for and obtained…” The court also observed that no illegality has been demonstrated by reference to any relevant provision of law. The judges said: “It is not a rare experience that whenever a project in public interest is conceived and measures are taken for acquisition of lands, objections start flying in from all corners. The challenge posed by the petitioners was no different…”

The court observed that there was a need for “balancing the competing interests” of protecting one’s property from unlawful/wrongful acquisition and the need to acquire private property for a public purpose. “After all, the state’s right of eminent domain cannot be ignored and subject to compliance of all safeguards for acquisition of property, the former interest has to yield to the latter,” added the HC.

As per a notification issued in July 2011, the government acquired part of the petitioners’ land in Panvel under the provisions of the Railways Act, 1989, for the execution, maintenance, management and operation of WDFC. The Ministry of Environment and Forests (MoEF) granted clearance in 2014 and permitted cutting of some mangroves.

In 2015, the project had to be realigned due to practical difficulties and had to proceed along a 12.5 km of detour alignment. As a result, the government acquired an additional 0.8240 hectares of the petitioners’ land. A new notification was issued in July 2015 by the authorities, whereby the petitioners’ land was acquired.

Jiten Agro filed a petition challenging the notification and acquisition of its land. During the hearing in 2019, the court restrained the government from going ahead with the project till the decision in the petition thereby stalling the project.

Praying that the stay order be removed, Additional Solicitor General Anil Singh said that it was only delaying the project.

The court observed that Jiten Agro had earlier filed a similar petition and then withdrawn the same. It filed another petition seeking additional reliefs which was not allowed.

“It is unfortunate that such half-baked writ petitions stood pending with interim relief being granted and thereby stalled further progress of the said project in excess of two years,” observed the HC.

Vacating the stay and allowing the project to go ahead, the judges observed that in the present case, “where the public interest is of paramount consideration and the petitioner has failed to set up a cast-iron case before the court for its interference, grant of interim relief should not have been casual, without consideration of all relevant factors, leading to holding up an important public project.”