Mumbai city's former Commissioner of Police Param Bir Singh on Thursday moved the Bombay High Court challenging the two preliminary enquiries ordered against him by the Maharashtra government. The former top cop has claimed that these enquiries are nothing but tactics of the government to silence him.

In his plea, mentioned before a bench led by Justice Sambhaji Shinde on Thursday evening, Singh has alleged that the director general of police (DGP) Sanjay Pandey, in his recent meeting with Singh, advised him to withdraw his "letter" against state's former home minister and senior NCP leader Anil Deshmukh.

According to Singh, when he met Pandey on April 19, the DGP advised him to withdraw his letter, which would make weak the corruption case against Deshmukh. He claimed that Pandey told him that he cannot "fight the system" and that the state government was planning to file multiple fake cases against the ex top cop, for highlighting the alleged corrupt activities of Deshmukh.

To substantiate his contentions, Singh has claimed to have recorded the entire meeting with Pandey and has submitted a transcript of the same to the CBI and also the court.

Senior counsel Mukul Rohatgi for Singh, told the bench, which also comprised of Justice Manish Pitale that his client is being targeted with ulterior motives. He said that his client has been subjected to these enquiries only because he had written a complaint letter to the state highlighting the corruption of Deshmukh, while in office as the home minister.

Singh has challenged the validity of April 1 and April 20 orders passed by Deshmukh (while in office) and Dilip Walse-Patil, the new home minister, respectively, ordering fresh probe against him. He claimed that the orders are illegal and arbitrary. Since the matter was mentioned for the first time, Public Prosecutor Deepak Thakare sought time to respond to the allegations levelled by Singh.

The bench, accordingly granted him time to respond till next week and adjourned the hearing.

However, Rohatgi pressed for an interim order, stating that the government shouldn’t take any coercive steps against him.

At this, Justice Pitale sought to know whether any show-cause notice had been issued to Singh and Rohatgi replied in the negative.

“Then what is the urgency? What is the tearing need for us to issue even an interim order at this stage?” Justice Pitale observed.

Meanwhile, Rohatgi informed the bench that an FIR had been lodged against his client in Akola district. Justice Shinde said he should approach the Nagpur bench to challenge that FIR since “everyone will have to follow the rules”. 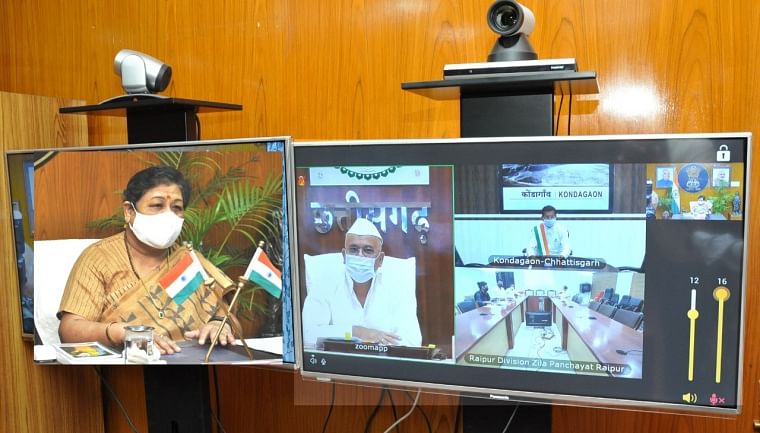