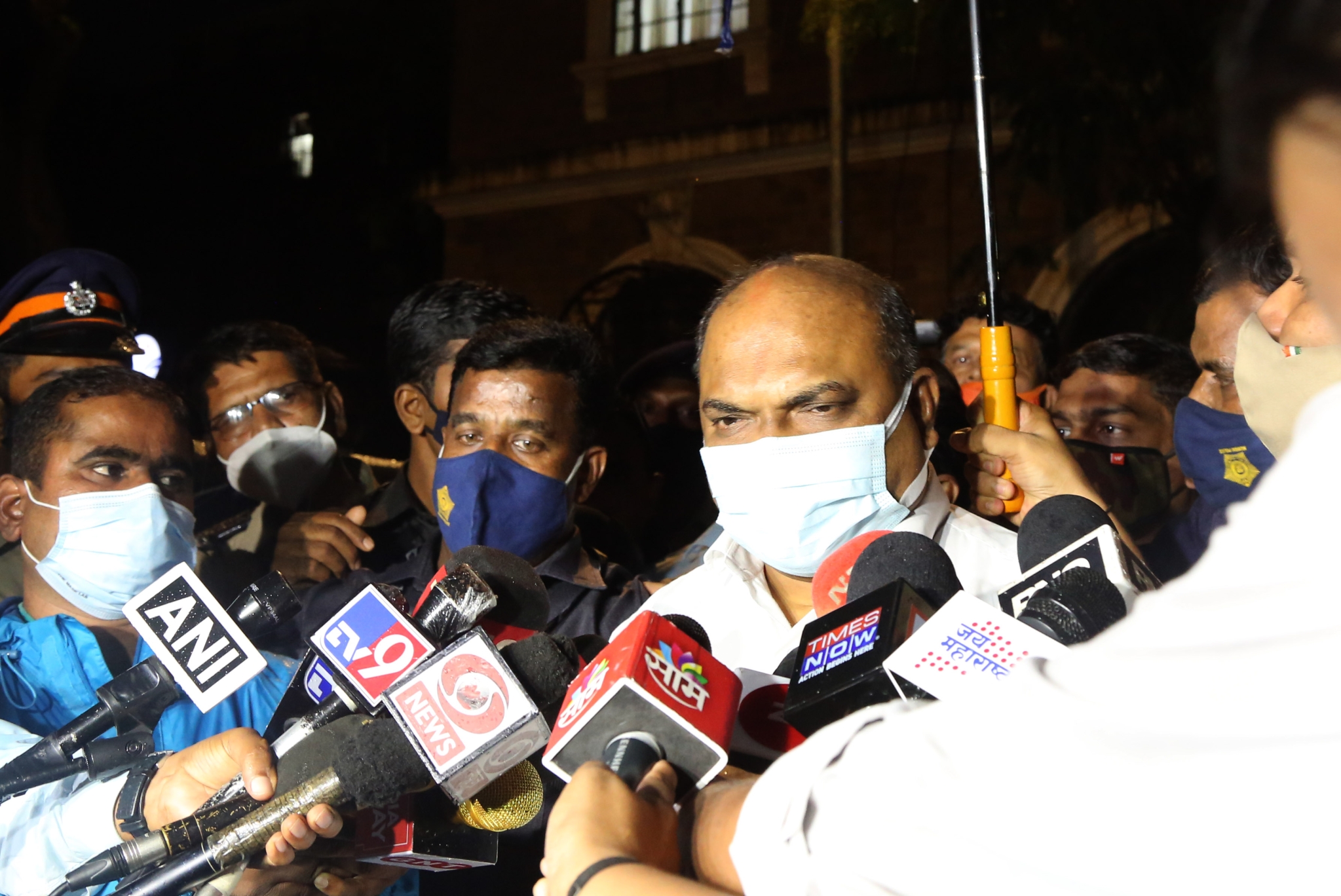 Maharashtra transport minister Anil Parab interacts with media after appearing before the Enforcement Directorate for questioning, outside ED office, in Mumbai on Tuesday | Bhushan Koyande

Maharashtra State Transport Minister Anil Parab on Tuesday visited the office of the Enforcement Directorate (ED) to get his statement recorded in connection with the agency's ongoing probe against former Maharashtra Home Minister Anil Deshmukh. Parab was questioned for nearly eight hours.

"ED is an authority and I have a responsibility to answer to the authorities. I have answered all the questions that they asked," Parab said while speaking to the media persons.

The agency had issued the first summons to Parab last month, after which the minister had communicated to the agency that he was required to attend to certain public functions in the capacity as a public servant and had requested the ED to reschedule the date of his appearance before the agency on any date after two weeks.

The agency recently issued the second summons to Parab asking him to get his statement recorded on September 28.

On September 06, ED had recorded the statement of deputy regional transport officer (RTO) Bajrang Kharmate in connection with the ongoing probe.

The ED official also earlier this month had recorded statement of suspended Regional Transport Office (RTO) officer Gajendra Patil, who had levelled allegations of corruption and bribery in the transfers and postings in transport department. Patil's statement was recorded twice by ED officials.

Last month, the ED had searched three locations linked to Parab, in connection with the money laundering case against Anil Deshmukh. One of the premises searched was that of Deputy Regional Transport Officer Bajrang Kharmate.