Thane: The Thane Municipal Corporation organised a mega vaccination drive in the Diva vaccination centre on October 2 and received an overwhelming response from the citizens. As per the TMC health department, around 10,010 citizens were inoculated on a single day, as part of the drive.

The mega vaccination drive which was held at the premises of SMG Vidyamandir and Junior college started early morning at 9 am and went on till 9 pm with people coming in till evening. The inauguration of the drive was carried out by Shrikant Shinde, a Member of Parliament from the Kalyan constituency along with Naresh Mhaske, Mayor, TMC and Dr Vipin Sharma, Municipal Commissioner, TMC along with local corporators and TMC staff. 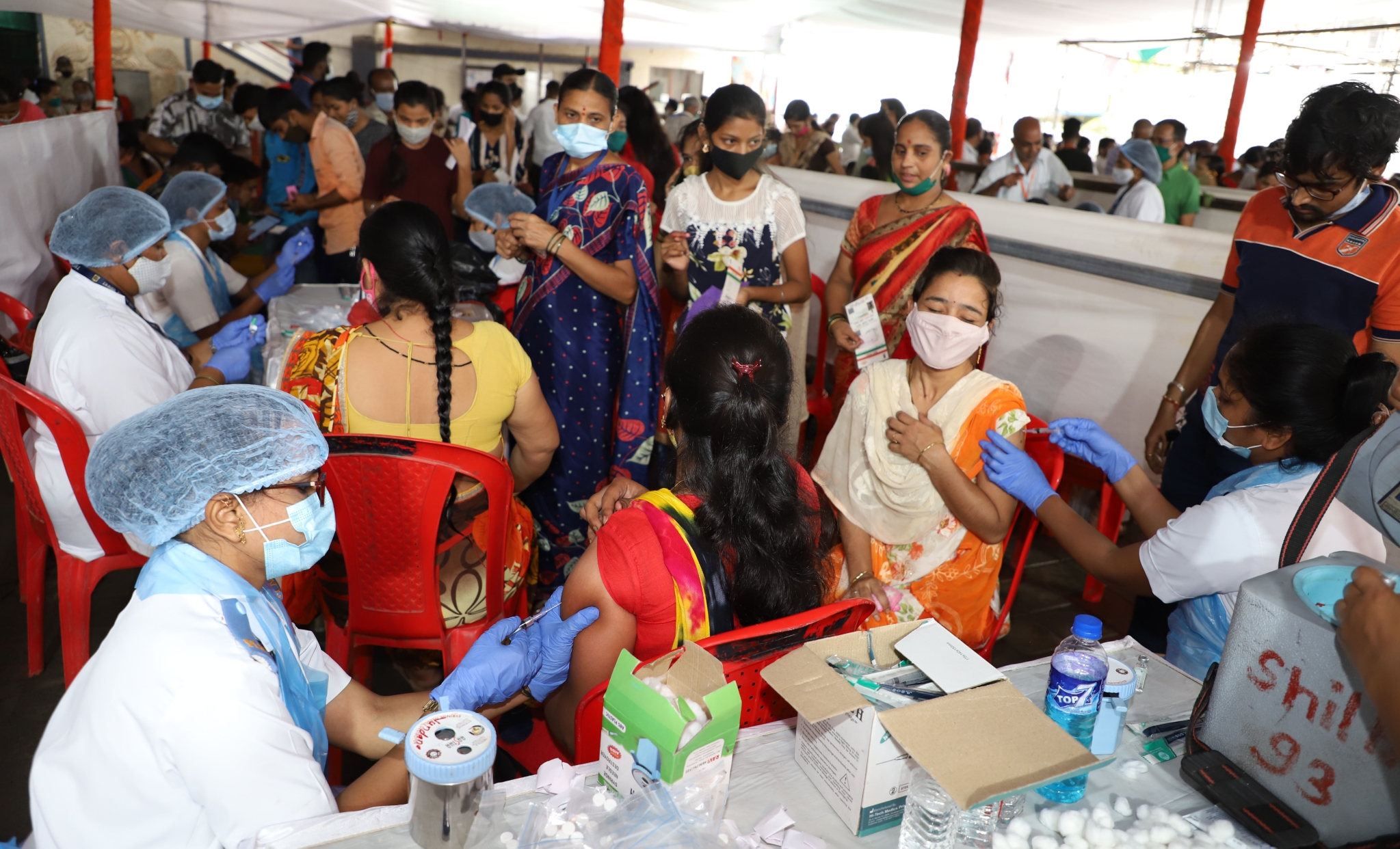 Around 10,010 citizens were vaccinated on a single day| FPJ Photo

“Diva is a densely populated area with people from different communities staying here. Amid the threat of a third wave and due to its dense population, vaccination of the citizens was very important. Also, most of the people staying in Diva travel to Mumbai, Thane and Bhiwandi for work early in the morning and return late. Most of them are office goers or daily wage workers who hardly get time for vaccination amid their busy schedules. We carried out the drive at Diva on a national holiday so that more people can get inoculated. Also, so that awareness about being vaccinated increases among the masses,” added Shinde explaining they received an overwhelming response from the masses and they are further planning to organise such a drive in different parts of Thane district.

“We are trying to identify different places which are densely populated and will organize such a drive in future. So that more and more people take the jab,” added Shinde.

It was all possible with the guidance of cabinet minister, Eknath Shinde and MP, Shrikant Shinde. “It was a teamwork by all including the local corporators, health department workers, doctors, nurse, data entry operator and patient inspector which resulted in a successful drive,” added Mhaske.

However, the massive drive in Diva has raised questions among Mumbra citizens, “We are happy that the authorities are carrying out such a massive drive to speed up the vaccination process. Population-wise Mumbra too is densely populated and the authorities should carry out such a drive in Mumbra as well. Vaccination is for all and the authorities should not be biased in such drives. It has been observed that jabs are provided only to ruling parties while even local NGOs are capable of organising such drives,” said Arif Iraqi, a social activist from Mumbra.

Thane: Man killed in hit-and-run accident in Bhiwandi; search on for accused