Coronavirus in Mumbai: Ward-wise breakdown of COVID-19 cases issued by BMC on August 5

Continuing to record high fatalities, Maharashtra saw 300 deaths on Tuesday, though the number of cases dropped below the 8,000 level and the state's recovery rate continued to rise, health officials said.

According to Tuesday's figures, there was one death roughly every 5 minutes and an alarming 323 new cases every hour.

The recovery rate increased for the eighth consecutive day, zooming up from 63.76 per cent to 65.37 per cent on Tuesday, while the mortality rate stood stable at 3.52 per cent.

The Health Department said that of the total cases till date, 142,151 are active.

A total of 12,326 recovered patients - the highest till date - returned home on Tuesday, taking the total number of discharged patients to 299,356.

Of Tuesday's fatalities, Mumbai and Pune accounted for 56 each with Thane following closely with 51.

After a lull of four days, Mumbai deaths again rose to the 50-plus range as they increased to 6,549 and the number of cases increased by 709 to 117,406 - but for the second day, new cases hovered below the thousand level.

Here are the details of ward wise cases in Mumbai till August 4. The update is provided by the Brihanmumbai Municipal Corporation (BMC) on August 5: 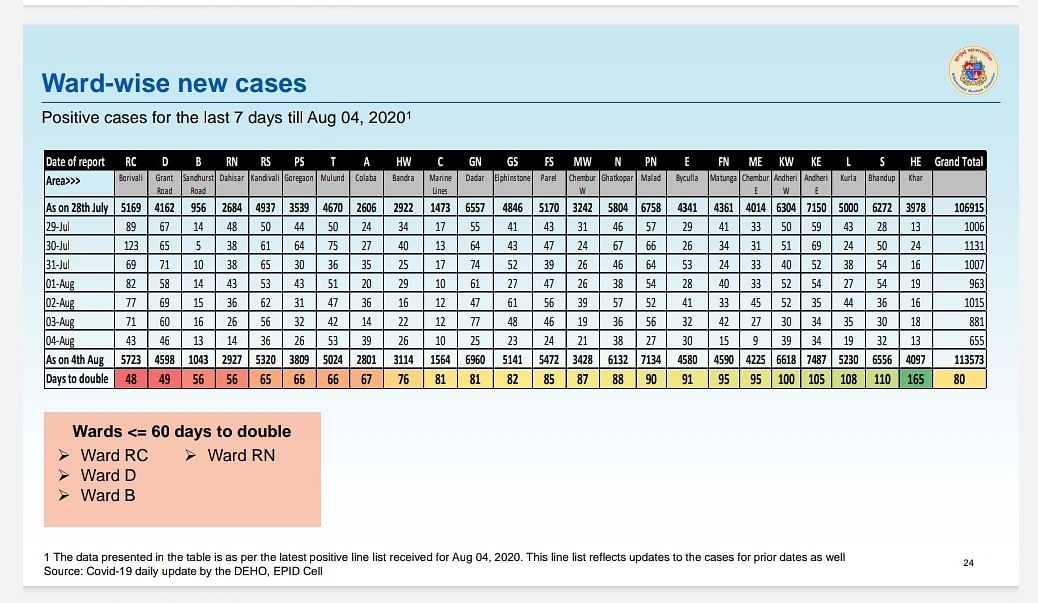 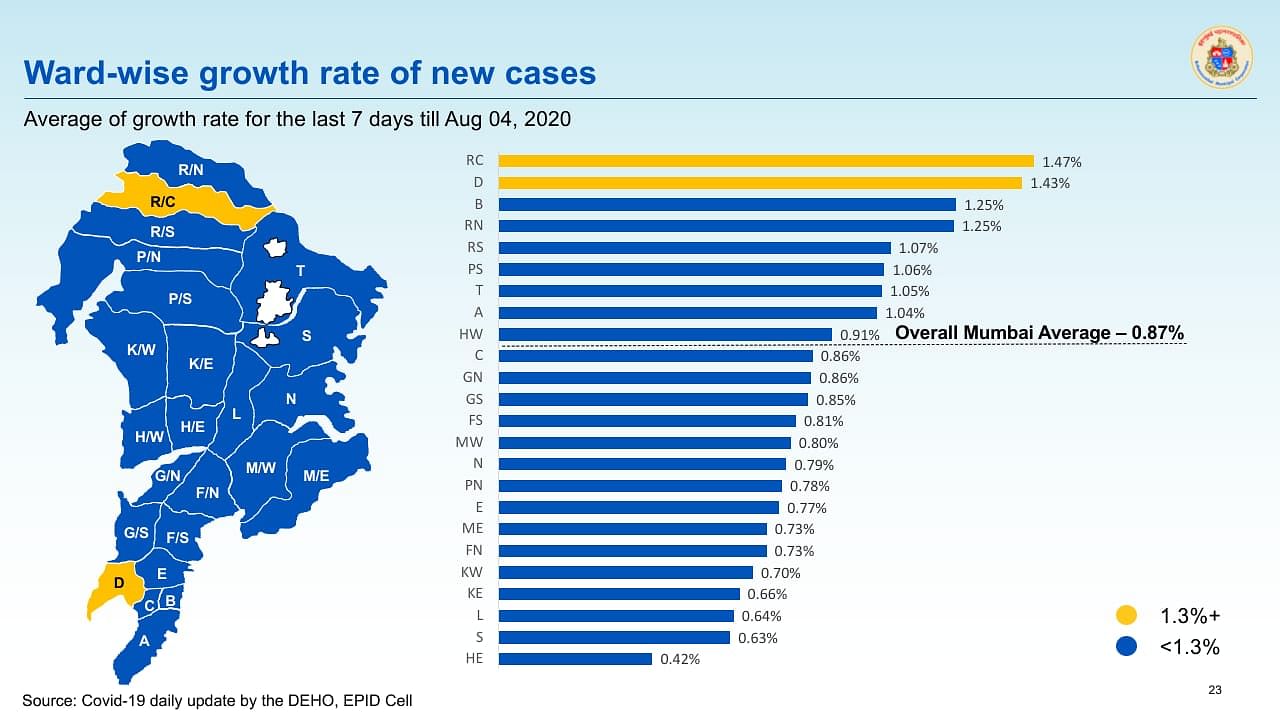 After nearly two months, Pune district edged out Thane for the second spot after Mumbai with 98,876 cases, with the death toll increasing to 2,342 on Tuesday.

Thane district cases amount to 98,216 with 2,754 fatalities to make it the third worst-hit district.

HomeMumbaiCoronavirus in Mumbai: Ward-wise breakdown of COVID-19 cases issued by BMC on August 5