Commuters were taught how they can utilize their travel time for fitness by doing yoga while travelling on local trains.

In coordination with Heal Station, the Central and Western Railway celebrated International Day of Yoga 2022 in a unique way of practising yoga on Mumbai local trains on Tuesday.

To mark the day, the 'Heal-Station' team consisting of 75 yoga teachers from Mumbai taught yoga on local trains to commuters.

"The session began from CSMT wherein they practised yoga inside the local trains with passengers up to Dadar station. The team, after completing some sessions elsewhere, again returned to CSMT for one more session in Mumbai local up to Sion. Passengers were appreciative of the unique initiative," said an officer of CR.

Similarly, a unique initiative for spreading awareness among passengers about the benefits of Yoga was also carried out by a group of yoga trainers from Heal Station.

They also performed various yoga exercises on the local train of Western Railway from Dadar to Churchgate and thereafter from Mumbai Central to Borivali.

Commuters were taught how they can utilize their travel time for fitness by doing yoga while travelling on local trains.

The group also held yoga sessions for the officers and staff of the Divisional Railway Manager's office at Mumbai Central as well as another session for passengers in Concourse Hall of Mumbai Central railway station.

"There are few yoga practices that can be practised even in a crowded train and thousands of commuters have done that with us", said Ruchita Shah, founder of Heal-station and ideator, convenor and organiser of the 'train yoga' in Mumbai locals.

"Commuters practised yoga while travelling by train. It was a mesmerizing experience for commuters when they discovered that they could use their travel time by doing simple yoga practices. The team of yoga volunteers taught yoga to the railway staff at Central Station as well." she added. 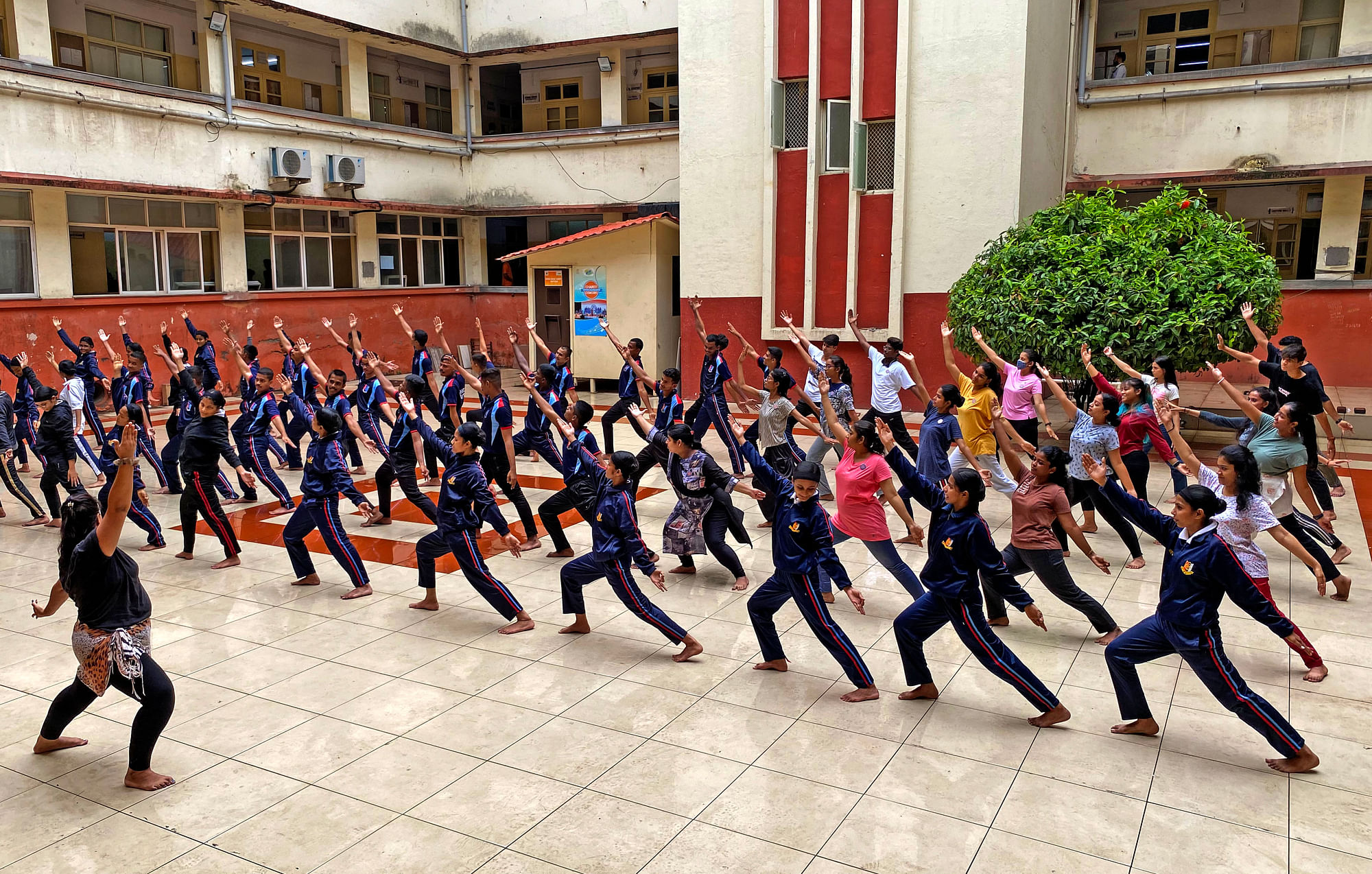