Consortium of 17 banks led by Union Bank of India cheated; the scam is thrice the size of PNB fraud; searches conducted at 12 locations

Mumbai: In the biggest loan fraud case that has come to light in recent times, the Central Bureau of Investigation has registered a fresh FIR against the Dewan Housing Finance Limited (DHFL) group for allegedly cheating a consortium of 17 banks, led by Union Bank of India, to the tune of nearly Rs 35,000 crore. Searches were conducted by the agency in several locations in the country, including in Mumbai.

According to the CBI, the FIR was registered on Monday based on a complaint submitted on February 11 this year by Vipin Kumar Shukla, a Deputy General Manager and Branch Head with the Union Bank of India.

A CBI officer said, “The bank was heading the consortium of a total of 17 banks which had extended loans to the DHFL group, collectively amounting to Rs 42,871 crores. The DHFL misappropriated a significant portion of these funds by falsifying their books and defaulted on repayment of the dues, causing a loss of Rs 34,615 crore.”

Apart from the incarcerated directors of DHFL, Kapil and Dheeraj Wadhawan, the FIR also names Sudhakar Shetty and ‘unknown public servants’ as accused. It is alleged that the fraud was committed with the help of these public servants, who are yet to be identified. Besides, 10 private firms have also been named as accused, which include Amaryllis Realtors, Gulmarg Realtors, Skylark Buildcon Pvt Ltd, Darshan Developers Pvt Ltd, Sigtia Construction Pvt Ltd, Creatorz Builders Pvt Ltd, Township Developers Pvt Ltd, Shishir Realty Pvt Ltd and Sunblink Real Estate Pvt Ltd.

Shukla, in his complaint, has told the CBI that a consortium of 29 banks was formed in 2010 and different credit facilities were extended to DHFL by these banks. As of 2020, there were 17 banks in this consortium.

However, by 2019, DHFL started defaulting on its payments, which was followed by a correction in its share price. When the lender banks raised questions, DHFL assured them that this was due to the sale of commercial papers by one of its investors. However, the same year, media reports started appearing about serious allegations of fraud against DHFL. The company, however, maintained that adequate steps were being taken and that there was enough liquidity.

Based on several factors, DHFL was classified as a Red Flagged Account in 2019 and a Look Out Circular was issued against the Wadhawans. Subsequently, an administrator was appointed by the Reserve Bank of India and independent audits were also conducted by Grant Thornton as well as the KPMG Group.

The audits revealed that the DHFL had disbursed loans amounting to over Rs 2,900 crore to a total of 66 entities that had commonalities with the DHFL Group. The auditors have even found emails indicating that Kapil Wadhawan was actually in control of 40 of these entities. These entities came to be known as the “Bandra Book Entities” in the audit reports.

“The audits also identified several instances where large value loans were provided to such fictitious entities without due diligence and without securities. Instances of sanction and disbursement of loans, merely by e-mail communications were allegedly found for which no loan files were maintained in the DHFL,” the officer said.

This is the biggest case of bank fraud by a private entity to come to light. In February this year, the CBI had registered a similar case against the ABG Shipyard Ltd and its directors for allegedly defrauding a consortium of banks led by the State Bank of India to the tune of Rs 22,842 crore. 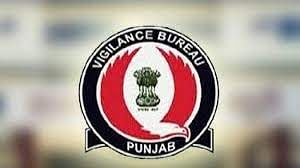