HomeMumbaiMumbai: Caution is the watchword for Govinda's this year

Mumbai: Caution is the watchword for Govinda's this year

Fernandes used to stand solid on the fifth tier unlike the second one he is practising for now. He put on 12 kilos during the two-year break and that affected his agility too.

When David Fernandes began practising this year for dahi handi, the evidence of lack of practice showed up pretty early. Panting, extra weight making movements less agile, and reduced stamina made him go three levels down in the nine-tier pyramid he is a part of for the Jai Jawan Govinda Pathak, Jogeshwari.

"The two-year Covid break made us lazy,” Fernandes remarked. “This year too we were not sure if the festival would be organised. Else we would have started going to the gym by April and begun to shape up for the practice that begins in June."

Fernandes used to stand solid on the fifth tier unlike the second one he is practising for now. He put on 12 kilos during the two-year break and that affected his agility too.

"I have been doing this for the past 22 years, so after a point it is fine, but my weight is weighing down more during practice,” the govinda said. “Also, there are more people over my shoulder. Our coach is very particular, and he ensured that only those who are appropriate for a certain level should be practising there." Fernandes’s govinda pathak is not the only one.

Other prominent ones in the city are treading with ample precautions. The focus is on being able to climb up and down the pyramid safely and avoiding falling over each other in a bid to create a new record.

"The focus this time is not on breaking records. In fact we may stick to eight-tier pyramids this year,” said Arun Patil, coach at the Mazgaon Dakshin Vibhag Sarvajanik Ganeshutsav Mandal Govinda Pathak, more commonly known as the Tadwadi govinda pathak which made the first nine-tier pyramid back in 2008.

“Unless the practice is good and govindas can climb up and come down safely, we will not attempt nine tiers. "If practice happens safely, only then will we go ahead for a nine-tier,” Patil continued. “The idea is to do it safely. It is about taking precautions 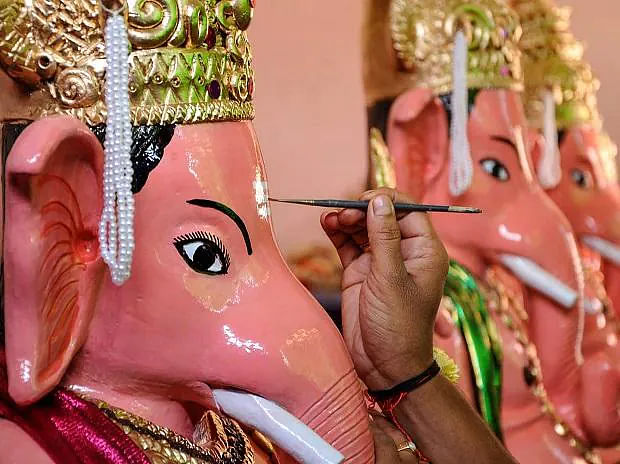