The couple offered to mortgage two-finger rings and an earring weighing 14 grams to avail a cash loan of Rs. 40,000
Suresh Golani Thane: A real-life version of the Bollywood movie “Bunty aur Babli” played out in the Murdha gaon near Bhayandar, wherein, a couple duped a jeweler by mortgaging fake gold ornaments to avail a loan of Rs. 40,000.

In his statement to the police, the complainant said that a couple walked into his gold ornaments shop in Murdha gaon at around 6 pm on Friday and sold him fake gold jewelry. The man claimed that he worked as a driver in Saudi Arabia and had run out of cash during his visit to his native village.

The couple offered to mortgage two-finger rings and an earring weighing 14 grams to avail a cash loan of Rs. 40,000. To win the jewelers' confidence, they also produced a bill of purchase issued by a Vidarbha-based gold ornament showroom. The jeweler handed over the cash after conducting a basic check to test the authenticity of the metal, following which the couple left.

The jeweler later approached a hallmark testing unit to check the accuracy of the yellow metal, only to learn that it was not gold but an imitation. Following a complaint registered by the jeweler, the Bhayandar police registered an offense under section 420 of the IPC against the con-couple. Further investigations were underway. 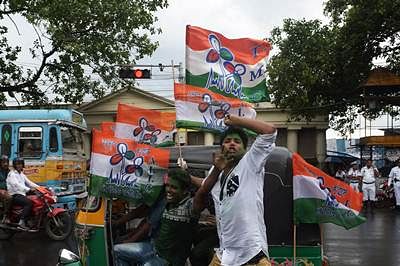