He had left home on Wednesday after celebrating his father's birthday, a police official said.

The body of the 46-year-old son of the owner of a famous store in Dadar in Mumbai was found in Virar in Palghar district, a police official said on Saturday.

The body of Kalpesh Maru was found on an open plot on Thursday, after which an accidental death case was registered, the Mandvi police station official said.

"We ascertained his identity from his Aadhaar Card. We also found a pack of medicines and a cold drink bottle at the spot. Prima facie, it seems to be a case of suicide. We have alerted Dadar police in Mumbai," the official added.

Another official said Maru may have overdosed on medicine, adding that a probe had found he was possibly suffering from depression.

He had left home on Wednesday after celebrating his father's birthday, the official added. 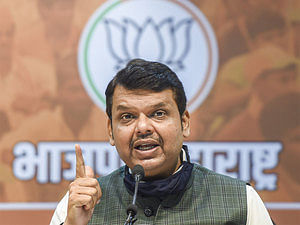