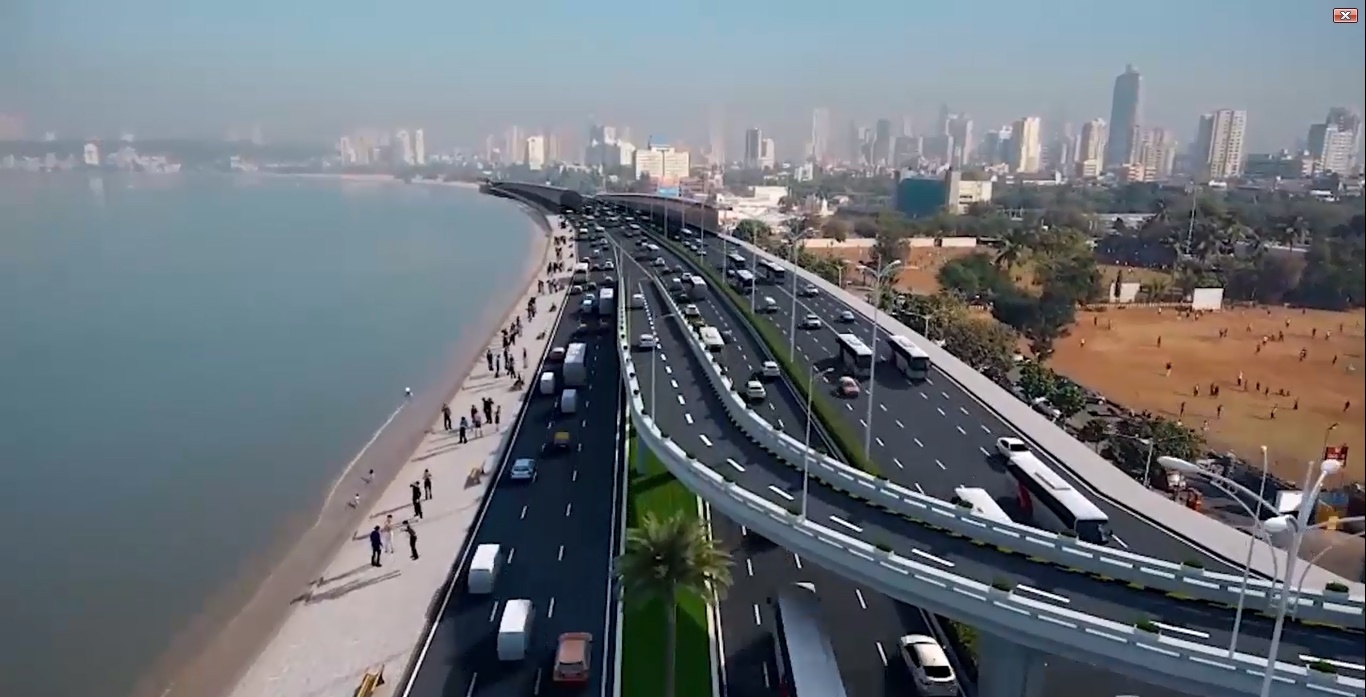 BJP leader Ashish Shelar on Saturday alleged there were irregularities to the tune of Rs 1,600 crore in the Mumbai coastal road project being executed by the Shiv Sena-ruled BMC.

Addressing a press conference, he said corrupt consultants and contractors must be blacklisted and a special investigation team (SIT) must be formed by Chief Minister Uddhav Thackeray to probe officials and others involved in what he said was a major scam.

The BJP is in favour of the road, which will connect Kandivali in the north of the metropolis to Nariman Point in south Mumbai, but it would not allow corruption to go unpunished, Shelar said.

He said the BMC had appointed two consultants for the phase between Priyadarshini Park in Malabar Hill to Baroda Palace (near Haji Ali), with AE Com being appointed as general consultant and Louis Berger as project consultant.

These two consultants were to give a list of certified quarries from where backfill material was to be procured for reclamation, he said.

The standing committee of the BMC had approved Rs 600 crore to be paid to these two consultants, who were tasked with ensuring the project moved in the right direction, Shelar claimed.

"However, instead of procuring material from the quarries recommended by these consultants, it was procured from other unapproved quarries, thus raising doubts about the quality of the work. Nearly 8.5 lakh tonnes of material used for reclamation was procured and purchased illegally from six quarries," he said.

"Who owns these quarries? Who is benefiting from material being procured from them? In another case, the quarry was certified but the material procured was not certified. In the third instance, a certified item was not procured, while in one case, a quarry was added to the list of approved ones later," the BJP leader alleged.

He said such irregularities had led to 2.8 million tonnes of sub-standard quality material being dumped into the sea as part of reclamation work in the last one year, with BMC officials, consultants as well as the civic body's standing committee not doing enough to prevent this scenario.

Shelar said he had written to Union Environment Minister Bhupendra Yadav asking if the BMC was adhering to the norms under which it was allowed to go ahead with the project.

"If environment norms have not been followed, then the Centre must immediately ask the BMC for clarifications. The BMC must not shield errant contractors. We are willing to discuss the project in the interest of Mumbaikars and the ruling Shiv Sena must not make it a prestige issue," the MLA added.

Meanwhile, the Brihanmumbai Municipal Corporation, in a statement, rejected Shelar's allegations as baseless and said the material was procured from certified quarries with quality tests being done regularly.

"The project management consultants and a general consultant for the project are being given Rs 229 crore, and not Rs 600 crore, with fees being given in phases and not all at one time. From October 2018 to December 2020, work worth Rs 683.82 crore has been done, so it would be wrong to say there is an irregularity to the tune of Rs 1,600 crore," the BMC statement informed.