But it was only after BJP won the majority of 122 seats that both parties entered into an alliance. Since then the two have shared a love-hate relationship.
Staff Reporter 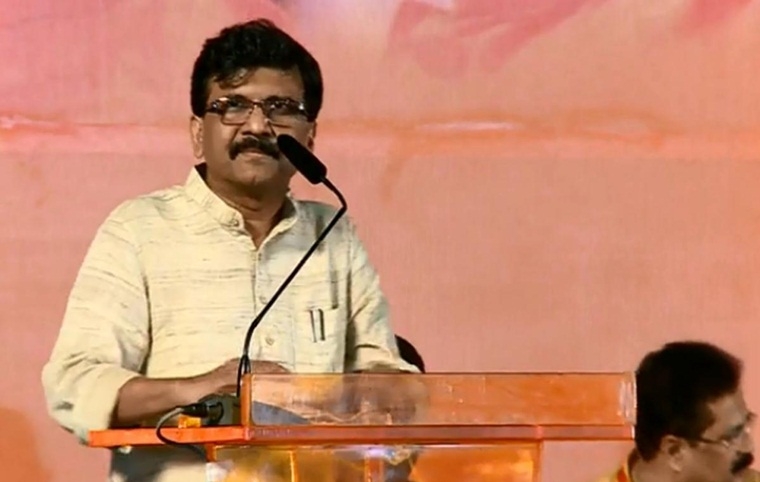 Mumbai: On the eve of counting of ballots, Shiv Sena Rajya Sabha MP Sanjay Raut has said that the BJP won’t be able to form the next government without Shiv Sena’s support. Raut was speaking to a regional news channel.In the 2014 elections, Sena and BJP had contested the elections separately.

But it was only after BJP won the majority of 122 seats that both parties entered into an alliance. Since then the two have shared a love-hate relationship.

It is Sena’s internal assessment that the party will win more than 100 seats and the power-sharing between the saffron allies will be on an even keel.

Reacting to Raut’s statement, BJP spokesperson Keshav Upadhyay said that poll results will decide who will be boss. “The result will be out tomorrow and the numbers will decide who is in the driver’s seat,” said Upadhyay, clearly hinting that the BJP is smug in the belief that it will score an emphatic win with maximum seats.

A dais is being constructed in front of the party office where Chief Minister Devendra Fadnavis, along with senior BJP leaders, is expected to address the gathering.