Zoo authorities confirmed to The Free Press Journal that the plan of procuring three more penguins this year has hit a roadblock and would take "some more time".
Dipti Singh 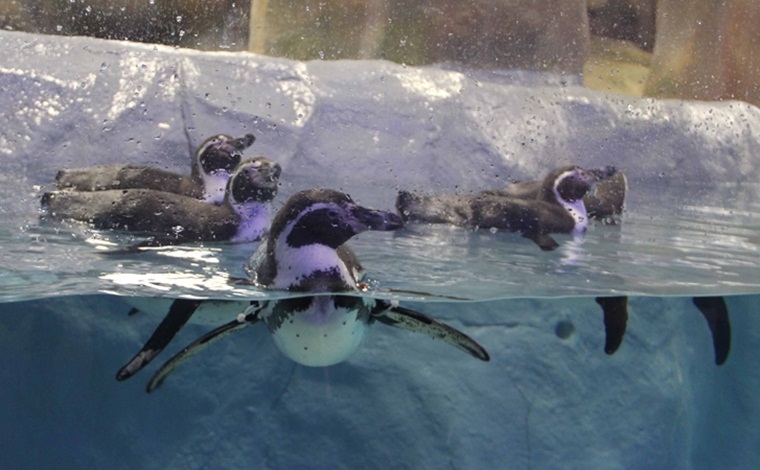 As civic officials are busy focusing on acquiring varied fauna to offer new attractions when the major revamp of the Veermata Jijabai Bhosale Udyan (Byculla Zoo) is complete, Bubble, the only 'single' the only Humboldt penguin at the zoo, must languish in a bubble of loneliness for another year or two before she is paired up with a mate. Zoo authorities confirmed to The Free Press Journal that the plan of procuring three more penguins this year has hit a roadblock and would take "some more time".

Byculla Zoo received eight Humboldt penguins, three males and five females, from Seoul, on July 26, 2016. However, one of the male penguins, Dory, died of bacterial infection while in quarantine, leading to an uproar across the city against the BMC's decision to get the penguins to Mumbai. On March 6, 2017, the remaining seven penguins - Bubble, Mr Molt, Donald, Daisy, Popeye, Olive and Flipper -- were shifted from quarantine to the present enclosure, and by June 2017, six of them had paired up.

The youngest penguin, Mr Molt, has paired up with the oldest, Flipper. Donald and Popeye have found their mates in Daisy and Olive respectively, while Bubble is the odd one out.

Given the rising concern over Bubble’s loneliness, zoo officials were hopeful of not only getting a mate for her, but possibly even adding another new pair to the existing lot by 2020.

However, caught up in the zoo revamp, officials said their priority was to get lions from Sakkarbaug Zoo, Gujarat, which would be possible only after they send four zebras to the latter. Building enclosures for leopards, sloth bears, and jackals for public viewing, along with their focus on the latest attraction, the walkthrough aviary are other urgent tasks at hand.

A senior BMC official told The Free Press Journal that the issue of Bubble's loneliness had been raised in several meetings, with concern over how it could impact her health.

“As per our contract with Goatrade Farming Co. Ltd, the Thailand-based procurement agency that helped Mumbai zoo acquire the penguins, they will have to provide replacements in case of death during the quarantine period. As per our plans, we had thought of adding another pair in two or three years and had estimated that by 2020, we could get three penguins, including a mate for Bubble,” said an official, on condition of anonymity.

Those monitoring the penguins said that so far, they had not noticed any abnormal behaviour or health issues in Bubble. However, they pointed out that she would eventually need a mate, given the fact that she would soon turn four.

Sources in the BMC said they are also wary of facing legal issues that may arise due to the penguin not having a mate, and the issue needed to resolved at the earliest. The last time the penguins were in the news was when Mr Molt and Flipper lost their first chick in August 2018.

Dr. Sanjay Tripathi, Director of Byculla Zoo said, "The plan to procure the three penguins, including the replacement for Dory, is in the pipeline. However, it will take some time."