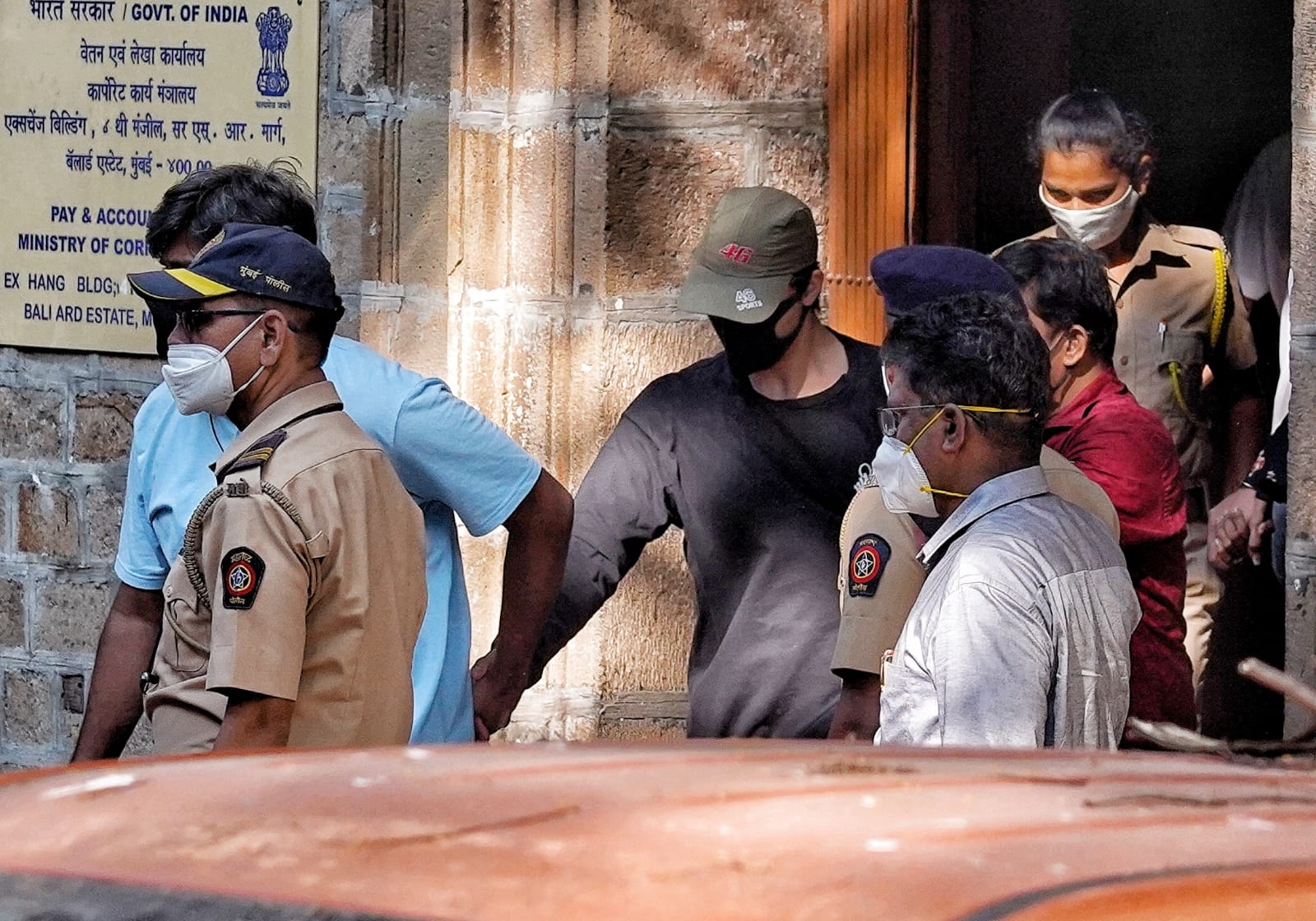 After nearly a day long quizzing by the Narcotics Control Bureau (NCB) sleuths, a Magistrate court here on Sunday evening sent Bollywood star Shahrukh Khan's son Aryan Khan and two others to NCB custody till October 4. They were arrested on charges of consuming and for possession banned drugs on a cruise off the Mumbai cost.

Apart from Khan, the NCB had earlier detained Munmun Dhamecha and Arbaz Seth Merchant from the cruise on Saturday late night.

As far as Khan is concerned, Sethna told the judge that he is arrested in connection with seizure of 13 grams of cocaine, 5gms of MD(mephedrone), 21 grams of charas, 22 pills of MDMA (ecstasy) and Rs 1,33,000 at International Cruise Terminal, Mumbai.

Sethna told the court that the trio have been arrested after a day long operation to seize the drugs and the alleged money used for procuring the same by these accused.

"Prima facie our investigation reveals a nexus with suppliers and peddlers on a regular basis through WhatsApp chats. I am very well aware that the offences invoked against them are bailable but this court should consider the quantum of contraband, which is significant", Sethna submitted before the court.

The prosecutor further said that all the incriminating chats against Khan and others have been recovered from their cell phones and thus, the NCB should get a minimum of two more days of custody.

Appearing for Khan, advocate Satish Maneshinde, told the judge that his client would want to withdraw the statements, he gave to the NCB.

"My client was invited by the organisers of the party, so he went there. There is no contraband found from my client's possession," Maneshinde submitted.

"But they say that some chats implicate my client" Khan's counsel said, adding, "I am ready to settle for one days remand, since only two days have been sought and they are treating me well. I am okay for a day's custody so that whatever investigation needs to be done, is done. Also, because I ain't found in possession of any material and that there is also no allegation of consumption against my client."

Maneshinde further told the bench that his bail could be heard by the regular court on Monday.

Accordingly, the court remanded the trio to police custody till October 4.