Varsha Vidya Vilas, along with her team, has helped NCB with tips about drug peddlers and illegal consignments to conduct raids

Mumbai: Mumbai based Varsha Vidya Vilas, a prominent name in activism has played a key role in alcohol, drugs, tobacco and social media de-addiction programmes. In the last one year during Covid-19 period they worked with the narcotics control bureau. With their informer the NCB successfully seized ganja of 3127.408 kg, MDMA Drug (-Methylenedioxy methamphetamine) 0.037 pkg and MD (Mephedrone) of 36.837 kg Varsha said.

For the past several years, she has been actively working with the Maharashtra government-affiliated Nasha Bandi Mandal. Currently working as a general secretary on the said association, she has been set up a strong network in all 35 districts of Maharashtra. Where one supervisor in each districts and hundreds of volunteers together fighting against LTDS (Liquor, Tobacco, Drugs and Social media) addiction. The association every year through awareness programmes and tie-up with rehab centres (Pvt and government hospitals) across the state manage to de-addict nearly 650-700 people annually.

Interestingly, the association since communicate with drug addict people, this has helped them to assist the NCB to identify spots, drug peddlers. She said, “Our informers tell us about such deals and rave parties. Which we inform to officials and accordingly they conduct raids. In this Covid time, we helped the NCB with information about several such secret drug deals and illegal tobacco consignments which were seized. The agenda is to prevent them from reaching to the market/buyer.”

Besides, Varsha has also set up her own individual platform named Jan forum where debates and discussions are held on topics of national and international interest like for instance Triple Talaq Farmers Bill, among others. The forum conducts polling on social media platforms and involves people in debates and discussions.

In 2005 the Dance Bar Virodhi Manch comprising 350 organisations had come together demanding a ban on dance bars following sexual exploitation of bar girls working there. A PIL was filed in the Bombay High Court (HC). The court ordered a ban on dance bars till 2019. Hundreds of women in the dance bar were rescued from sexual exploitation. Varsha was one of the leading faces of this fight against dance bars through her another social organisation Sadbhavana manch. Through this manch even today she has been fighting for the rightful and respectful job needs for women. Several training and skill programmes are organised by the Sadhbhavana manch.

The 52-year-old woman is also organising programmes at municipal level wherein corporators working with vicinity people are bridging the gap of community participation in Mumbai's 24 wards. Today, she has a team of young individuals working across the state and on different subjects like education, de-addiction, awareness, violence against women, gender quality.

She shares, "I want to be a change maker. Though belonging from an ordinary family from my school days itself I was involved in social works. Today I have been working with thousands of people in rural and urban areas against addiction. We meet such people, their families and counsel them. A lot of things need to be done, we are facing funds shortage despite such problems we are working hard.” 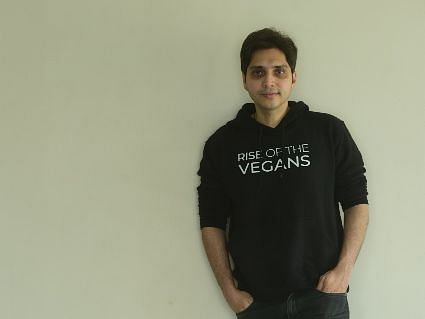