Shiv Sena has 13 legislators while Congress and NCP have 10 legislators each in the Maharashtra Legislative Council.

Shiv Sena and Congress on Monday staked claims for the post of Leader of Opposition (LoP) in the Maharashtra Legislative Council ahead of the upcoming monsoon session. Shiv Sena President Uddhav Thackeray in a letter to the Council Chairman has recommended party legislator Ambadas Danve to be appointed as the LoP. On the other hand, Congress Legislature Party leader Balasaheb Thorat has urged the Council Chairman to appoint a party legislator as the LoP. However, Thorat in his letter has not recommended any name.

Shiv Sena has 13 legislators while Congress and NCP have 10 legislators each in the Maharashtra Legislative Council. Danve, who hails from Aurangabad in the Marathwada region, has been stepping up attacks against the rebel Shiv Sena leaders. After the rebellion staged by Eknath Shinde and 39 party legislators, Danve had disclosed that he had received calls to join the Shinde camp but refused it. He had declared that he would continue to remain with the Thackeray-led Shiv Sena. During the Shiv Samvad Yatra organised by Yuva Sena chief Aaditya Thackeray, Danve played a major role in its success in the Marathwada region.

Interestingly, both the parties were allies in the Maha Vikas Aghadi government which ruled the state for two and half years. However, after the collapse of the Thackeray-led government, the fate of MVA hangs in the balance.

Thackeray and Thorat sent separate letters without any dialogue staking claims over the LoP’s post. The Maharashtra Legislative Council Chairman’s post is vacant after the incumbent Ramraje Nimbalkar’s (NCP) term expired last month. The ball is now in the court of Maharashtra Legislative Council Deputy Chairperson Neelam Gorhe (Shiv Sena). She will have to make the announcement going on the customs and traditions of the Council and also based on the number of legislators of the Shiv Sena and Congress.

NCP veteran and LoP from the state assembly Ajit Pawar has already clarified that his party does not have necessary numbers and therefore will not stake claim for the post of LoP in the state Council. 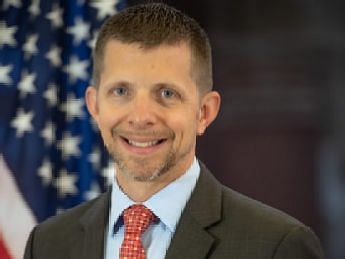