The ED had sent him a second summons to appear before July 1, after he failed to appear in his first summon on Monday due to the then political crisis in Maharashtra.

Shiv Sena Member of Parliament Sanjay Raut is likely to appear before the Enforcement Directorate (ED) office on Friday. The agency had summoned Raut on Tuesday, asking him to record his statement on Friday in connection with the money laundering case linked to the redevelopment of the Patra Chawl project in Goregaon by a private firm, Guru Ashish Construction Pvt Ltd.

Raut on Thursday had told media persons that he would be going to the ED office on Friday.

In April, the ED had provisionally attached properties nearly worth Rs 11.15 crore in the case. The attached assets were in form of lands held by Pravin M Raut, former director of Guru Ashish Construction Pvt Ltd, Mumbai at Palghar, Saphale, padga, a flat at Dadar of Varsha Raut and plots at Kihim beach at Alibaug jointly held by Varsha Raut wife of Sanjay Raut and Swapna Patkar wife of Sujit Patkar.

The agency had earlier claimed in a statement, “Money trail investigation had revealed that around Rs 100 crore was transferred from Housing Development and Infrastructure Ltd (HDIL) to the account of Pravin Raut. As per the ED, this amount was further diverted by Pravin Raut to various accounts of his close associates, family members, and his business entities. It is also revealed that in 2010, a part of the proceeds of crime amounting to Rs 83 lakh was received by Varsha Raut directly/ indirectly from Madhuri Pravin Raut, wife of Pravin Raut. The ED said this amount was utilised by Varsha Raut for purchase of a flat at Dadar."

It was also revealed that after initiation of the ED investigation, Rs 55 lakh was transferred by Varsha Raut to Madhuri Raut. There are also various other transactions, the agency said. Further, during the aforementioned period, eight plots of land at Kihim beach at Alibaug were also purchased in the name of Varsha Raut and Swapna Patkar. 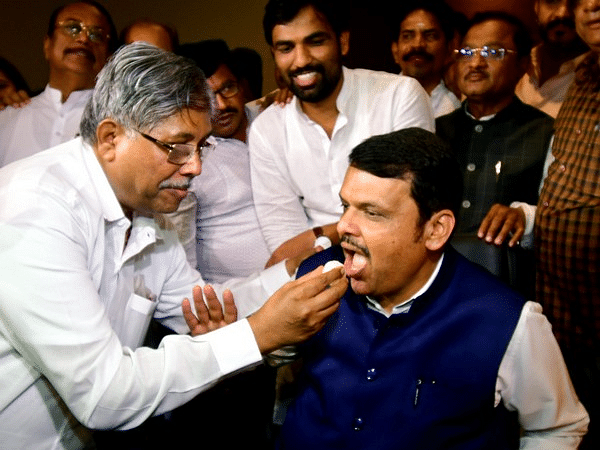