HomeEntertainmentMovie-reviewRaksha Bandhan Review: Akshay Kumar’s film is all pretence and no relevance

Raksha Bandhan Review: Akshay Kumar’s film is all pretence and no relevance

When filmmaker Aanand L Rai joined hands with India’s biggest superstar Shah Rukh Khan in 'Zero', from trade to the audiences, the stakes were really high but with the mixed reviews and poor box office numbers, 'Zero' became Rai’s worst film until he made 'Raksha Bandhan'.

Touted as a happy family entertainer, this film is by far the most underwhelming and regressive film in recent times. The director, however, encashed on the leading man Akshay Kumar’s hyped popularity, who is currently on a spree of raising his voice against societal odds. The actor never really talked about the subject and Aanand fails miserably.

Kedara (Akshay), runs his family business of a chat shop in Chandani Chowk and is in love with his childhood sweetheart Sapna Gupta (Bhumi Pednekar). Her father keeps threatening about getting his daughter married to someone else forcefully (which is even more regressive) if Kedara won’t marry her soon. The reason for the delay in their marriage are Kedara’s four unmarried sisters. Will Kedara and Sapna marry ever?

The film, which has a backdrop of the dowry system that still exists in the interiors of our country, is majorly about Kedara and Sapna’s love story which is nowhere close to having an actual relevance in the narrative. Although, the film depicts the purest form of love — sibling love (only in the trailer and posters), it’s more about Sapna’s sacrifice, chase, and wait for her prince charming with the tackiest dialogues possible.

'Raksha Bandhan' resembles one of our melodramatic Indian television shows that is high on drama, tension, pain, grief and the loudest background score. Rai’s characters might be real but too caricatured. Loud make-up, blingy outfits and whatnot, small town imagery really a makeover amongst our filmmakers!

Writers Himanshu Sharma and Kanika Dhillon have penned the most regressive screenplay and dialogues perhaps of their careers. Himanshu has earlier written every Aanand L Rai directorial and Raksha Bandhan comes as a complete shock as his brainchild. The two including the director, take the onus to smash the patriarchy but have written and executed it in the most patriarchal set-up.

No Indian family will entertain or appreciate the ‘twist’ and a ‘so-called high point’ which they believe will impress the audience. 'Raksha Bandhan' is a big turn-off and a huge letdown just when Aanand gives a nod to the death sequence on the day of the Raksha Bandhan festival in the narrative. The social media boycott is for real since they both claim their writing sensibilities are rooted but Raksha Bandhan is definitely a regressive film in disguise of a progressive one. No congratulations to the team, only CONDOLENCES! 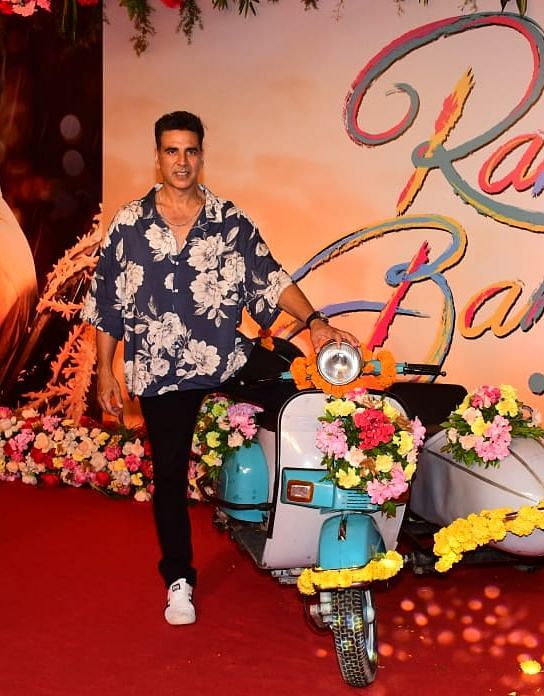 An Action Hero Review: Ayushmann Khurrana-Jaideep Ahlawat's film is a chaotic chase that will leave...