The Tbilisi Art Fair helped showcase a stunning country that is fast acquiring the reputation of a committed art destination, writes NEETA LAL

My introduction to Tbilisi, Georgia’s charming capital city, takes place through the Tbilisi Art Fair (TAF), in the modernist pavilions and gardens of Expogeorgia smack dab in the heart of the metropolis.

The vibrant exhibition, which ran as part of the Tbilisi Art Week, showcased contemporary art from 16 countries from May 17 to 19. Apart from neighbouring Azerbaijan, there were Armenian, Russian, Ukrainian and Lithuanian galleries. From western Europe, there was representation from Austria, Belgium, Switzerland, Bulgaria, Serbia, France, Portugal, Spain, and the UK.

As I strolled around the bustling venue featuring inventively curated exhibits, interacting with global artists, gallerists and curators, one thing was clear. That Georgia is pulsating with creative energy. And that the tiny nation, which nestles in the southern Caucasus region, sandwiched between Russia and Turkey, with Azerbaijan and Armenia as neighbours – is ready for its rightful place on the global art map.

Tbilisi itself punches far above its weight in terms of art and cultural offerings. Museums, theatres, and art galleries pepper the city like confetti. There’s the fabulous Georgian Museum of Fine Arts, a three-tiered, modern space representing cutting edge art. History whispers from every corner of the city. Speckled by titanic statues (the Saint Nino monument guards the city like a benediction from a hilltop) and sculptures, Tbilisi’s Old Town is full of visual delights. 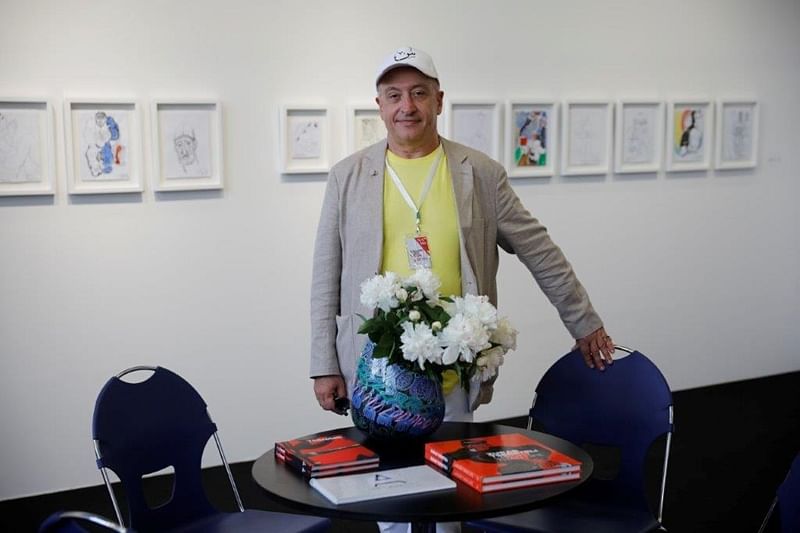 Cobblestoned streets, bustling cafes and art galleries further burnish its appeal. Just a few kilometers out of the city and I discover the splendor of Georgian shrines hewn into bucolic landscapes. The Svetitskhoveli Cathedral and the UNESCO-listed Jvari Monastery in Mtzskheta seem straight out of a child’s picture book.

However, it is the Tbilisi Art Fair, now in its second edition, that is endowing upon the city the gravitas of a serious international art destination. Georgia may have been off the radar for decades when it was part of the Soviet Union (it became independent in 1991), but it’s history as a bulwark against Islam and a fine literary and musical tradition going back to the 19th century (when it was a southern playground for Russians), add depth to its already formidable history. 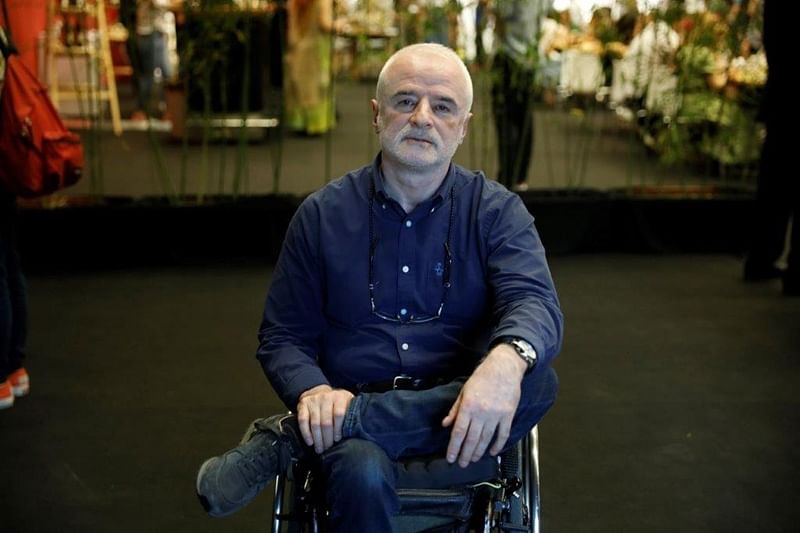 With the current galvanisation of its art and cultural scene, there’s excitement in Georgia about international exposure. “There’s an incredible creative energy in the country.

Though TAF is only in its 2nd edition, adds the art collector, it is acquiring the contours of a fantastic boutique event with very high quality of contemporary cutting edge art.

“It’s particularly good for collectors from around the globe who like to acquire early future stars of the international art scene. I personally acquired over 10 artworks by Georgian artists and five furniture pieces by Georgian designers.

Even though we had the most expensive artworks – 350,000 euros for a painting and 15,000 euros per drawing, we managed to place works in important collections in Monaco and Geneva as well as Russia,” he added.

While the burgeoning commercial appeal of the fair is a big draw, its compact size is luring connoisseurs like Jurgita Juospaityte-Bitineine of Rooster Art Gallery, Lithuania.

“The close interaction with local and international collectors, curators and art advisors provides a great platform to discover contemporary artists from the Caucasus, Eastern, and Central Europe and the Middle East.

The fair’s range is quite diverse too. This edition, for instance, is showcasing international galleries, independent artists, curated exhibitions, performances, workshops, artists and professional talks, and many other events.”

The brainchild of a successful Georgian businessman – Kaha Gvelesiani – TAF is looking to broaden its scope progressively. Gvelesiani, one of the leaders in the civil war that tore apart Georgia after the dissolution of the Soviet Union, believes that this is the city’s moment to shine. It offers a nourishing ecosystem – art galleries, an art academy, talented artists – which has helped open up Georgian art to the world.

“One of the motivations for me is that our art scene should express our Georgian identity,” opines Gvelesiani. “We are also focused on improving the quality of the fair by adding more top notch artists, sensitising art buyers and educating the masses about purchasing good art. What also helps is that Salome Zourabichvili, the lady president of Georgia is very enthusiastic about encouraging art trade by simplifying its laws.”

Given this vivacious cultural milieu, coupled with Georgia’s rich heritage, the fact that it’s a liberal democracy, offers ease of doing business, great cuisine and juicy wines, it’s no surprise that the country is increasingly earning plaudits as a committed art destination.

Neeta Lal is a Delhi-based editor and journalist