Solar Eclipse on June 21, 2020: What are the food myths associated with eclipse?

On June 21, star gazers in India are in for a treat as they will get a chance to get a glimpse of the first solar eclipse, Surya Grahan, of 2020.

A solar eclipse occurs on a new moon day when it comes in between the earth and the sun and all the three objects are aligned. Sky gazers will get an opportunity to observe the "ring of fire" during the phenomenon.

According to timeanddate.com, the eclipse will be visible from many Asian countries, Africa, the Pacific, the Indian Ocean, parts of Europe and Australia. The annular solar eclipse will take place will start at 9:15 AM IST and will go on until 3:04 PM IST.

According to a report by IANS, some parts of India will get a full view of the eclipse, for some it will be partial. Few prominent places within this narrow annularity path are Dehradun, Kurukshetra, Chamoli, Joshimath, Sirsa, Suratgarh, Mumbai, Delhi, Chennai and Bengaluru.

Read Also
Solar Eclipse on June 21, 2020: How and where to watch solar eclipse; all you need to know about the... 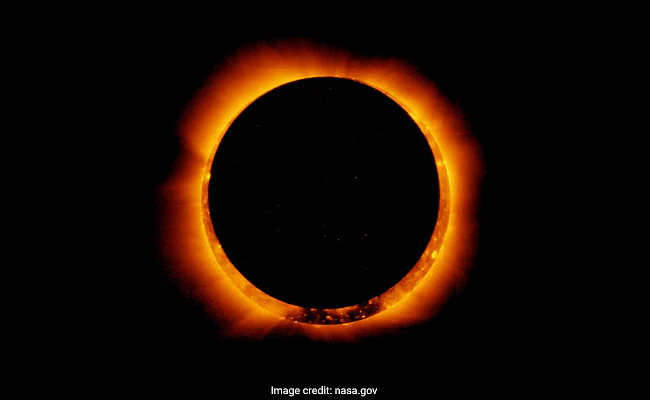 If you are few of the lucky one leaving in these parts, you'll get a glimpse of the solar eclipse.

Here are some of them:

It is believed that solar eclipse has an impact on the human body system – physically and psychologically. There are several beliefs and practices related to a solar eclipse. One of which is one should avoid eating food and drinking water during the eclipse. It is advised to discard any food that is cooked before the eclipse. The food that cannot be discarded should be protected using Tulsi leaves.

One popular belief why food shouldn't be consumed during this time is that during the solar eclipse ultraviolet rays become more active during this time. Some believe these harmful radiations render the food poisonous. And, it can cause indigestion.

Though modern sciences do not believe in idea of refraining from food or water, but Ayurveda practitioners believe that staying away from food during the eclipse is advisable. Ayurveda believes that in the absence of sunlight, the bacteria tends to become more active.

But, there is no smoke without fire right? Apparently, these beliefs stem from the scriptures. Skanda Purana states that those eating or even serving food during this period suffer from bad health afterwards.

HomeLifestyleSolar Eclipse on June 21, 2020: What are the food myths associated with eclipse?

Daily Horoscope for Sunday, May 29, 2022, for all zodiac signs by astrologer Vinayak Vishwas...