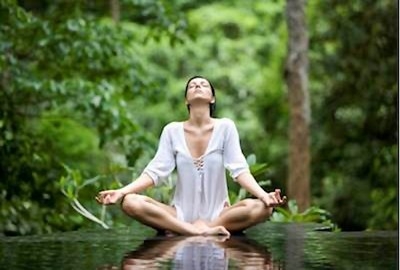 Washington: Meditation may help people become less error prone, according to a study which is the largest of its kind with more than 200 participants. The researchers, including those from Michigan State University in the US, tested how open monitoring, or mindfulness meditation — a technique laying focus on feelings, thoughts or sensations as they unfold in one’s mind and body — altered brain activity in a way that suggests increased error recognition.

As part of the study, published in the journal Brain Sciences, the participants went through a 20-minute open monitoring meditation exercise while the researchers measured brain activity through electroencephalography, or EEG. The study noted that the participants also completed a

computerised distraction test. “The EEG can measure brain activity at the millisecond level, so we got precise measures of neural activity right after mistakes compared to correct responses,” said study co-author Jeff Lin from Michigan State University. Lin said a certain neural signal occurred about half a second after participants made an error called the error positivity, which he said is linked to conscious error recognition.

“We found that the strength of this signal is increased in the meditators relative to controls,” Lin said. “But it’s amazing to me that we were able to see how one session of a guided meditation can produce changes to brain activity in non-meditators,” he added. According to the researchers, different forms of meditation can have different effects on the brain.

“Some forms of meditation have you focus on a single object, commonly your breath, but open monitoring meditation is a bit different,” Lin said. This form of meditation, he said, makes one tune inward, and pay attention to everything going on in their mind and body.